By the age of ten I was already a budding sports fanatic who was filling his school news books with game reports instead of current events. I have been writing professionally about sports and sports history since graduating from Trent University in 1985 with a degree in Political Studies. My articles have appeared in The New York Times and in numerous Canadian publications including The Toronto Star, The Globe and Mail, The Toronto Sun, The Ottawa Citizen, The Calgary Herald and Canada’s History Magazine (formerly The Beaver). I have also been a writer/producer with CBC Radio Sports and TSN SportsRadio and have provided expert research on hockey history to organizations such as the Hockey Hall of Fame, Toronto Maple Leafs, Montreal Canadiens, CTV News, and ESPN: the Magazine. 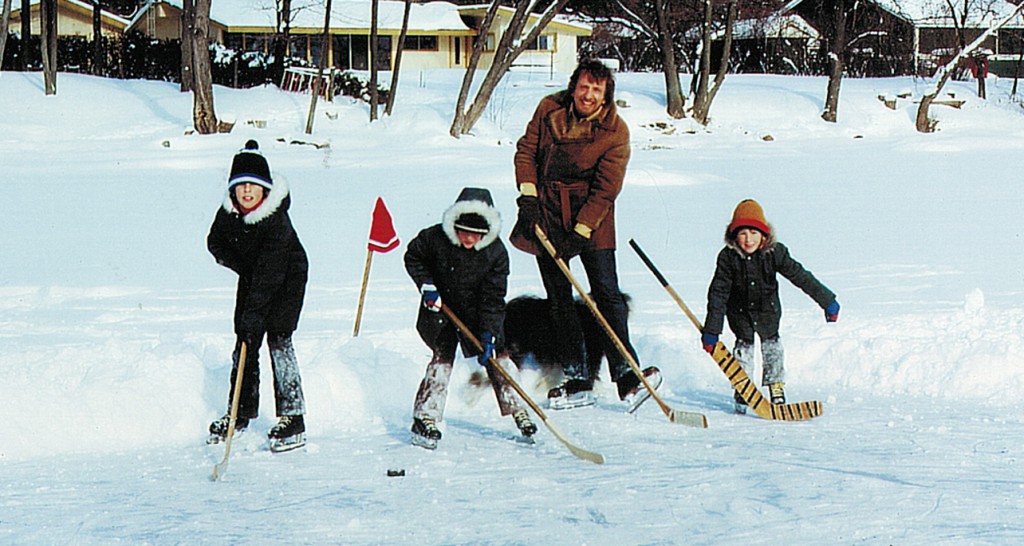 As the oldest of three boys in a sports-loving family in Toronto, I learned to ski when I was about six, to water ski a few years later, and played hockey, football, and baseball while growing up. I also helped my father coach my brother’s hockey teams, and worked for a couple of years as a referee (which I never really liked). Football was probably my best sport, and I was a pretty good house-league hockey player, but I was horrible at baseball. Still, when the Blue Jays were born in 1977, I quickly became a huge fan. My family still has season’s tickets.

As a boy, I was the type of student who was always being told he needed to work harder! School just wasn’t as much fun as sports. My love of history didn’t really show itself until I reached university, and even then there was a definite sports angle. My life honestly changed in the fall of 1983 when I discovered microfilmed copies of the New York Times in the basement of the library at Trent University. The first thing I looked up were the stories about Grover Cleveland Alexander coming out of the bullpen to strike out Tony Lazzeri in game seven of the 1926 World Series. Two years later, the story I wrote about that game helped sell my idea for a World Series flashback to CHEX radio and the Toronto Sun.

My first book, Hockey Night in the Dominion of Canada, (Lester Publishing, 1992) was an historical novel set in the early days of professional hockey. I’m also the author of Fever Season (Dundurn Press, 2009) an historic hockey novel for younger readers about the 1918 Spanish Flu epidemic and the cancelled Stanley Cup series of 1919. I also worked with Dan Diamond and Associates, consulting publisher to the National Hockey League, from 1996 to 2018 and was a managing editor of Total Hockey (1998, 2000), Maple Leaf Gardens: Memories and Dreams (1999), 99: My Life in Pictures (1999) and The Toronto Blue Jays Official 25th Anniversary Commemorative Book (2001), as well as the annual NHL Official Guide & Record Book and many other titles.

As a freelance writer, I’m the author or co-author of many non-fiction sports books for children, including The Big Book of Hockey for Kids and the Hockey Trivia for Kids series (Scholastic Canada). My titles for adults include The Toronto Maple Leafs: The Complete Oral History (Dundurn Press, 2017), Art Ross: The Hockey Legend Who Built the Bruins (Dundurn, 2015) and the Canadian bestseller Stanley Cup: The Complete History (Firefly Books, 2018). I have also compiled a series of sports quote books for Firefly.

In addition to my “behind the scenes” work with TSN and CBC, in the fall of 2006, I appeared as a “Hockey Philosopher” in the CBC series Hockey: A People’s History. I also appeared in Vikings on Ice about the Winnipeg Falcons in the CBC Olympians series in 2000. Over the years, I have continued to appear as an on-air guest on many television and radio programs.

I am a member of the Society for International Hockey Research, who honoured me with the Brian McFarlane Award in 2005 and the Paul Kitchen Award in 2016, and the Society for American Baseball Research. I worked for the Toronto Blue Jays ground crew at Exhibition Stadium from 1981 to 1985 and still have a champagne bottle from the club’s first American League East Division title celebration in 1985. I currently live in Owen Sound, Ontario, with my cat Odie, who is named after old-time hockey star Odie Cleghorn.

If you’d be interesting in having me speak to your school group or adult organization, please click here for information about my Speaking engagements.