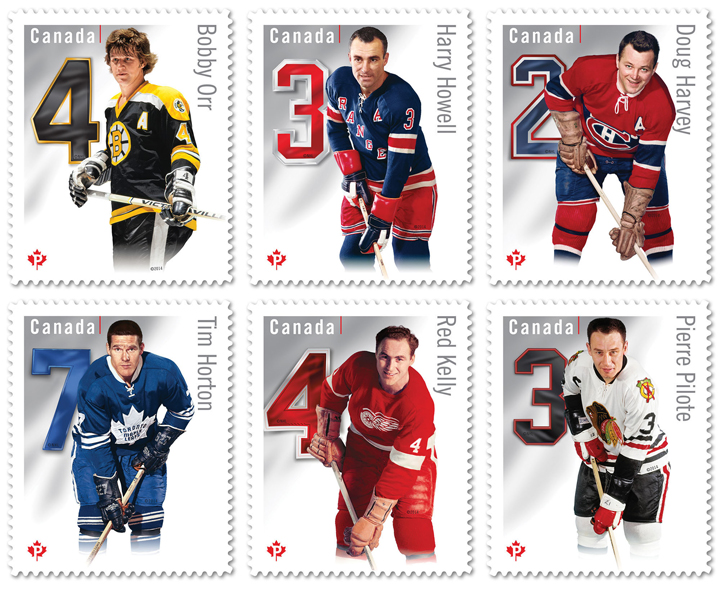 A friend of mine who works for Canada Post suggested I write something about this, so I tried to find a little bit of history. It seems that several countries have issued hockey-themed stamps (usually around the Olympics or World Championships) for many years. Looks like the first time Canada did so was on January 23, 1956. An announcement about it appeared in Canadian newspapers on December 9, 1955. 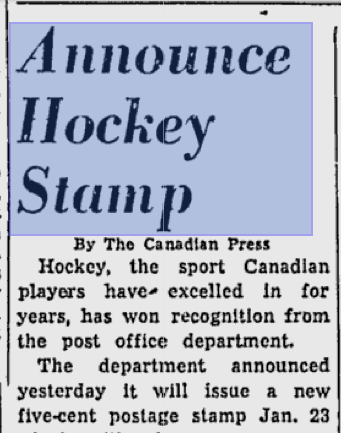 The story claimed that former Liberal Member of Parliament for Toronto Trinity Lionel Conacher (who had died of a heart attack during a House of Commons-Parliamentary Press Gallery baseball game in the spring of 1954) gave “strong sponsorship” to the hockey stamp. Conacher, of course, played in the NHL from 1925 to 1937, and also starred in football, lacrosse and several other sports. He was named Canada’s Athlete of the Half-Century in 1950. 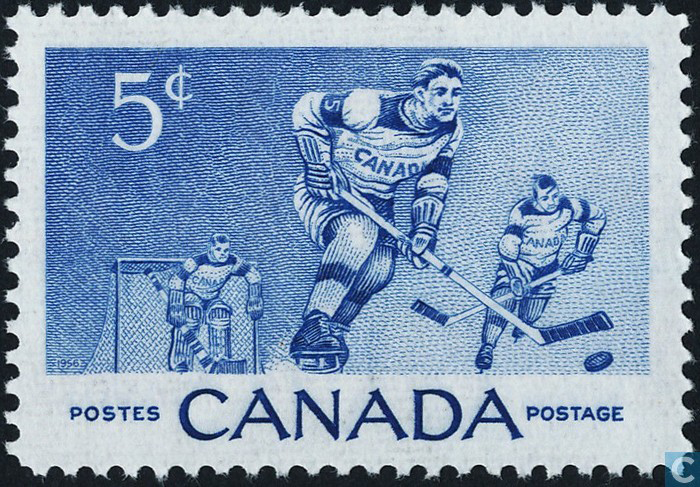