As a Canadian hockey fan, I was probably not alone as the second round got under way in thinking about the long-shot possibility of a Montreal-Calgary Stanley Cup Final. Definitely not a dream matchup for the NHL or NBC, but it would have been big up here north of the border! Calgary’s out now, but there’s still a chance for Montreal. We’ll know a little more about that tonight…

The Flames and Canadiens have met for the Stanley Cup twice already, back in the 1980s when Canadian teams were still reaching the Finals on a pretty regular basis. The Canadiens won in 1986 and the Flames won in 1989. But the first meeting of Calgary and Montreal for the Stanley Cup dates back 65 years before the Flames’ victory of 1989 to when the Canadiens swept the Calgary Tigers in a best-of-three Final in 1924.

For a brief period from 1922 to 1924, competition for the Stanley Cup was a three-league affair involving the NHL, the Pacific Coast Hockey Association, and the Western Canada Hockey League. In 1922, the PCHA champion Vancouver Millionaires defeated the WCHL champion Regina Capitals and earned the right to go east to face the Toronto St. Pats for the Stanley Cup. Toronto won. In 1923, Ottawa came west to Vancouver. They defeated the home team (now known as the Maroons) in a best-of-five series, and then defeated the Edmonton Eskimos in a best-of-three final to claim the Cup. 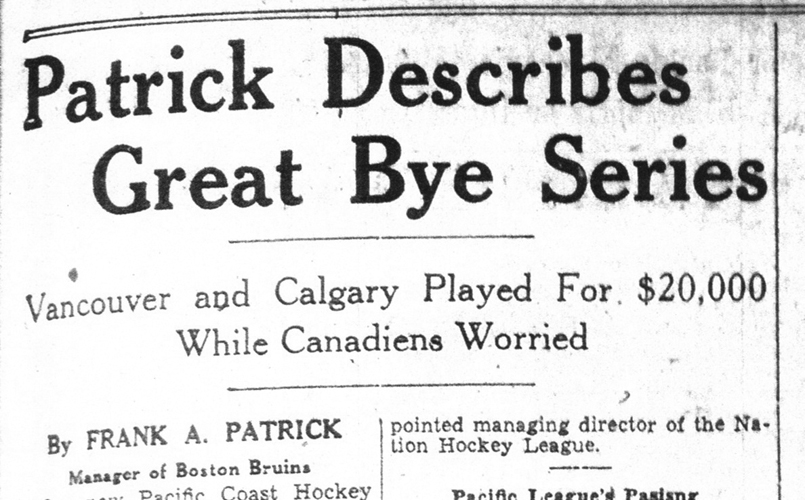 In 1924, Vancouver won the PCHA again and Calgary won the WCHL. Montreal won the NHL and, despite the arrangements in 1923, expected the western teams to send one winner east to play for the Stanley Cup as they had in 1922. Frank Patrick was in charge of both the PCHA and the Vancouver Maroons then, and he wrote about this in the final installment of an eight-part series about his life in the Boston Sunday Globe on March 18, 1935 while he was the coach of the Boston Bruins:

“I decided that both teams should come East to play Les Canadiens,” said Patrick. It was my idea that the Eastern fans would like to see both Vancouver and Calgary in action against the famous Canadiens.

“At first,” Patrick continued, “I thought we could toss a coin to decide which club would oppose Les Canadiens first. Then the thought occurred to me to play off for the ‘bye’ berth…”

Patrick got in touch with Calgary Tigers manager Lloyd Turner and made the arrangements. Calgary came west to Vancouver for game one of the series with game two played in Calgary. When both teams won on home ice in front of what Patrick recalled were capacity crowds, the best-of-three series was tied.

“Meanwhile, the National Hockey League in general and Les Canadiens in particular, were burning up. It was getting late in the season, it was a natural ice rink in Montreal with the danger of poor ice for the series, and Les Canadiens didn’t want to play two clubs anyway.” 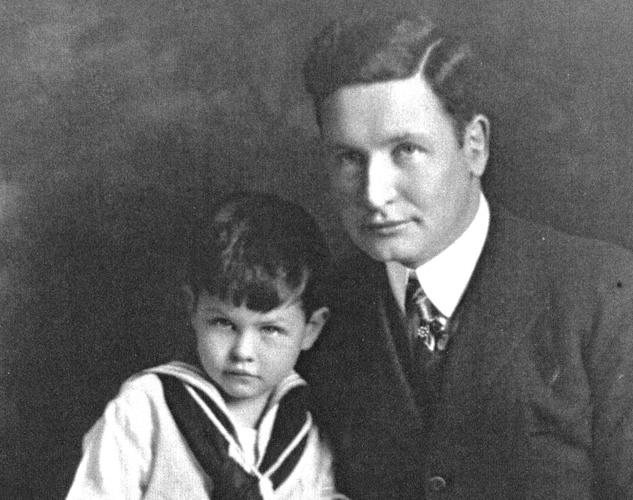 Vancouver and Calgary played their finale in Winnipeg on March 15, 1924, while en route east. Calgary won 3-1 in front of “another capacity house” to get the bye berth directly into the Stanley Cup Final. Vancouver would play Montreal in a semifinal, but NHL president Frank Calder and Canadiens boss Leo Dandurand were decidedly unhappy with the Western arrangement. They wondered, among other things, what right Vancouver would have (having already lost to the Tigers) to play Calgary for the Stanley Cup if they beat Montreal, and worried about who might show up for the Final if the hometown Canadiens weren’t in it! After a few days of squabbling, the western teams refused to back down and the NHL grudgingly agreed to the awkward format.

“When we arrived in Montreal,” Patrick recalled, “Leo Dandurand wouldn’t even speak to me. He staged a party for the Western clubs and invited everybody but me. Finally, after a couple of days, Leo weakened and ask me what we had played the bye series for. ‘For $20,000,’ I calmly replied. Then he laughed. He knew what I meant.”

What Patrick meant, of course, was the Western teams’ profits from the gate receipts of those three extra playoff games!

Having already swept Ottawa in two straight to win the NHL title, the Canadiens beat Vancouver in two and then took two in a row from Calgary to win the Stanley Cup … although warm, spring weather during the last week in March meant the final game on March 25, 1924, had to be moved from the natural ice surface of Montreal’s Mount Royal Arena to the artificial ice of the Ottawa Auditorium. Even so, a respectably large crowd for the era of 7,000 fans showed up. 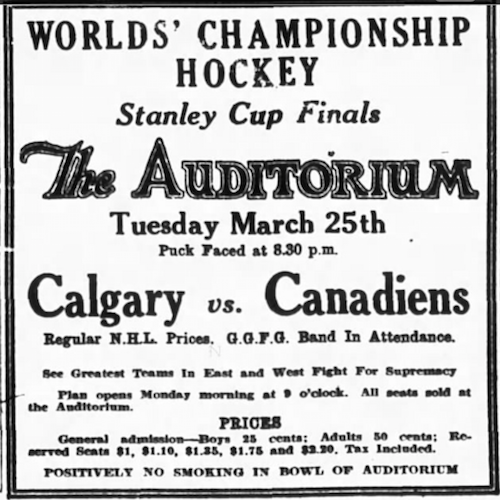 Patrick had one more story to tell from the 1924 Stanley Cup Final, about Art Ross refereeing during the series. Ross tells the same story too, so it may even be true!