In his 1944 autobiography Winged Peace (a follow-up to his 1918 Winged Warfare), Billy Bishop wrote about the interview process when he wished to transfer from the Canadian Cavalry to Britain’s Royal Flying Corps in 1915.

“Can you ride a horse?” Bishop was asked.

He pointed out that he was a cavalry officer.

Bishop heard, “Do you she?” and only later realized what had really been asked. “Yes,” he answered, although he didn’t understand the question … and he didn’t ski. (He did enjoy the company of women, which he thought might be what had been asked of him.) 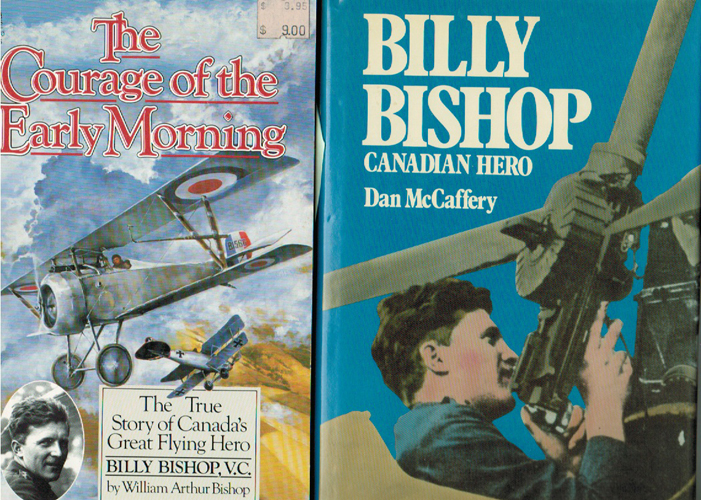 “How well can you drive a motor car?”

Bishop had never driven a car before. “Very well,” he lied.

“How well can you skate?”

Here was another question he could answer truthfully, although he exaggerated somewhat. “Very well,” he said.

“Did you go in for sports at school–running?”

Bishop was a crack shot with a rifle, but had never been much of an athlete otherwise. Still, he reasoned that the RFC wasn’t going to take the time to check on his records back in Owen Sound. “Yes,” he said, “a great deal.”

The future flying ace was beginning to wonder just how much running, skiing and skating he might be called upon to do, but in 1915 it was believed that people with good balance made good pilots. An ability to withstand cold temperatures was thought to be an asset too. No wonder so many hockey players who enlisted in the First World War found their way into the Air Force. Among them were Hockey Hall of Famers Harry Watson, Frank Fredrickson (both of whom were mentioned in a story recently) and Conn Smythe – as well as the first American-born hockey superstar, Hobey Baker.

For more on Baker (who died with his orders to return home in his jacket pocket while taking “one last flight” five weeks after the Armistice), you can read his entry on Wikipedia, or the One-On-One Spotlight at the Hockey Hall of Fame, or see the web site for the Hobey Baker Award. But for now, I share with you some newspaper clippings. Most of these were printed 98 years ago this month as Hobey Baker took to the skies over the Western Front.

American Hobey Baker was big news in Canada too.

The story on the left appeared in the New York Tribune on January 14, 1918.
The story on the right had been in the Vancouver Daily World on December 27, 1915,
confirming at least one flattering Canadian offer for Baker to go pro. 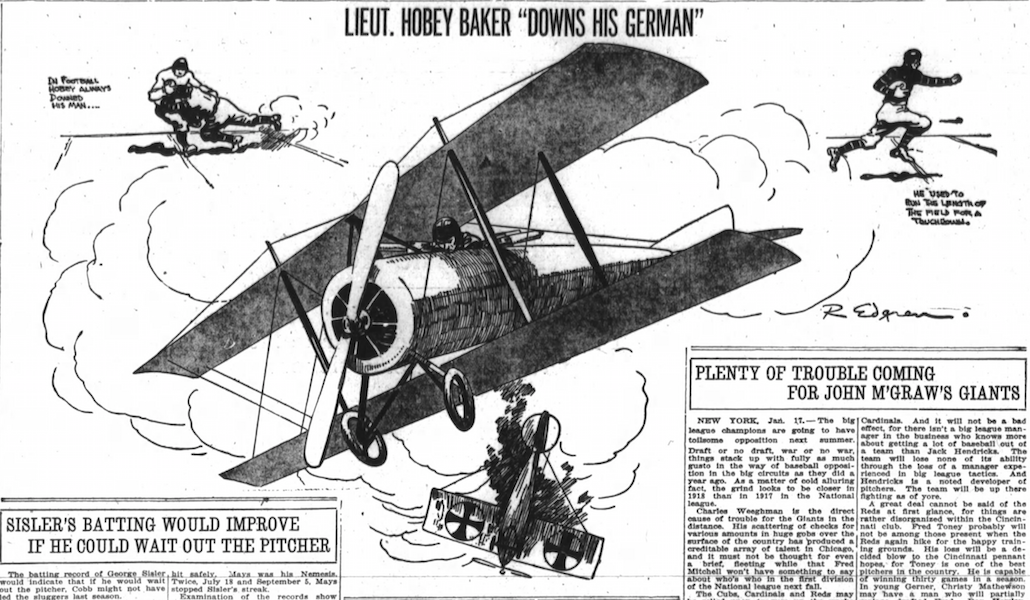 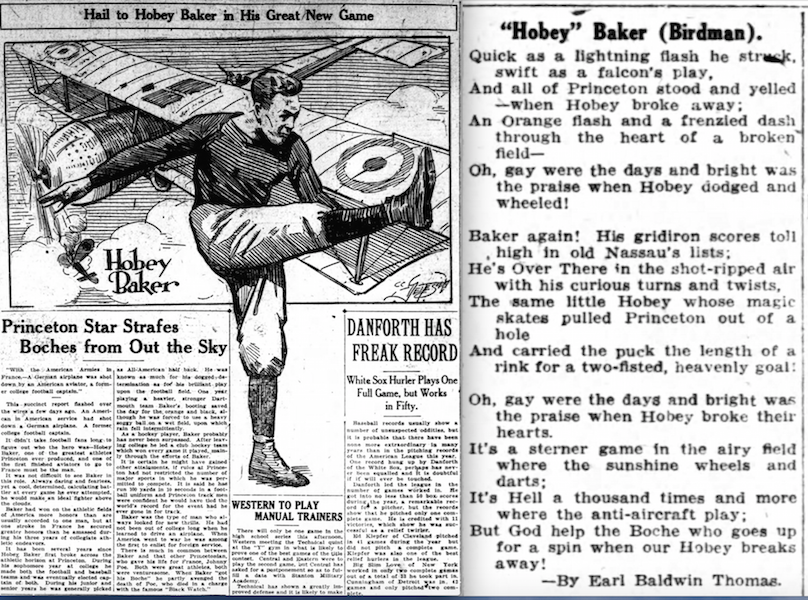 The cartoon appeared in the Washington Herald on January 18, 1918.
The poem had been in the same newspaper on January 13. 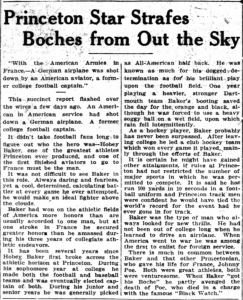 4 thoughts on “Of Pucks and Pilots…”