Famous as he is for all the NHL records he set, Wayne Gretzky is almost as famous for the fact that he’s been famous since he was 10 years old. Sidney Crosby is said to have given his first newspaper interview when he was just seven.

Gretzky began skating at the age of two, and Crosby at three. The backyard rink in Brantford, Ontario, where Gretzky practiced as he grew up, and the basement dryer Crosby would shoot at in the family home in Cole Harbour, Nova Scotia, are both a part of hockey lore now … but neither of them was featured on the cover of a Canadian national magazine when they were only 3 1/2. So, does anyone recognize this future NHL player? 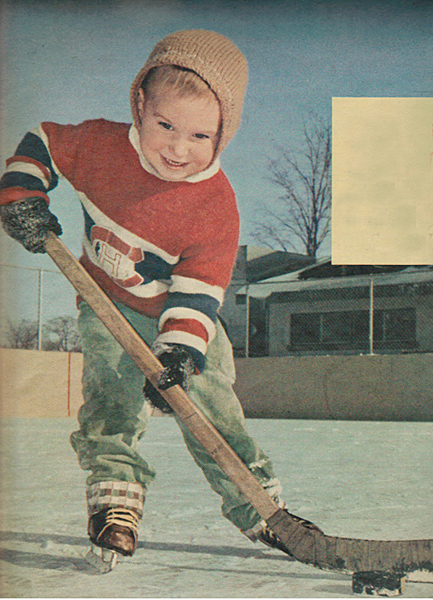 To help me pass the time during my recent recuperation, my wife Barbara bought up a whole bunch of Weekend Magazine issues dating from 1959 to 1963 at a local antiques/collectibles store. They’re pretty great! The little guy in question appeared on the cover on February 24, 1962.

Growing up in Kingston, Ontario, his father was a Senior A hockey player and youth coach from Toronto and his mother was a strong skater from Montreal. He began attending his father’s games at the age of three months, and by his first birthday in August of 1959, he was “chasing around the living room with a cut-down hockey stick,” says writer Bill Trent in the story that appeared on page 23 of the magazine.

Come the winter of 1959–60, the toddler took to the ice on bobskates. The following winter, when he was 2 1/2, he was skating on tube skates. When the weather didn’t permit for going outside, there was a rink in the basement. “Well, it’s really a make-believe rink,” explained Trent, “with linoleum for ice and a packing case for a players bench. And [boy’s name] has to be careful not to go banging up against the washing machine. But when he faces off at the blue line, it’s almost as good as the real thing.”

So, who is it? Check out the hockey card below… 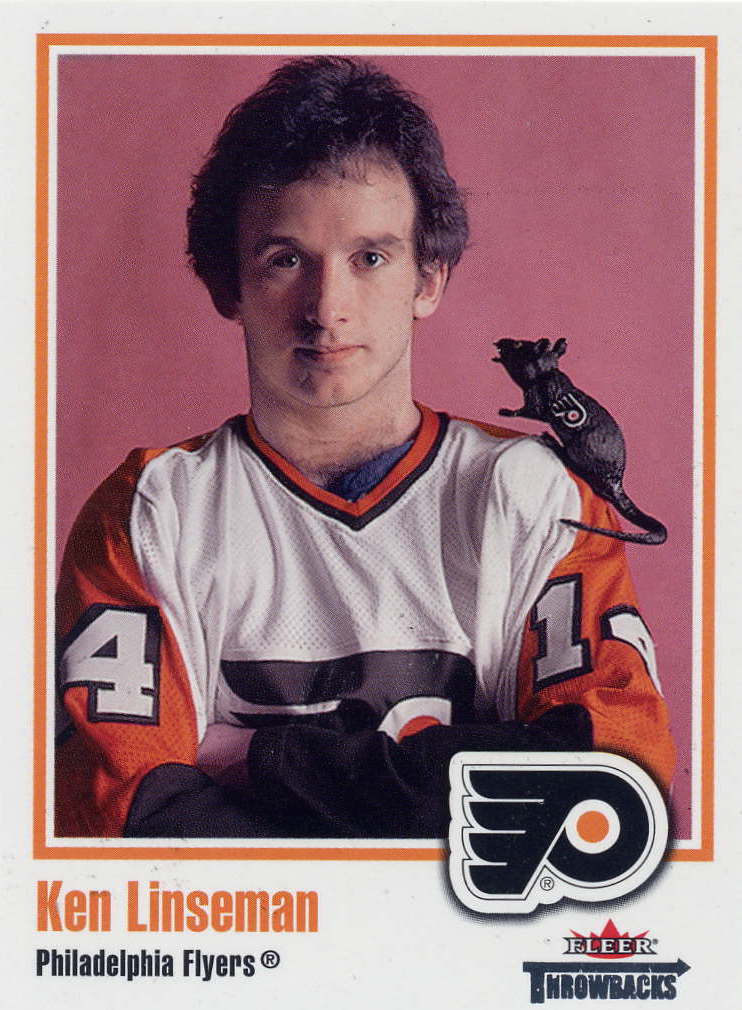 Ken Linseman played 14 seasons in the NHL with Philadelphia, Edmonton, Boston and Toronto from 1978 to 1992. He was no Wayne Gretzky or Sidney Crosby, but “The Rat” (who was called that, it seems, in equal parts for his facial features, his hunched-forward skating style, and his ability to agitate) had some pretty good offensive seasons. He had a career total of 256 goals and 551 assists (807 points) in 860 regular-season games and won the Stanley Cup with the Oilers in 1984.