Winning last night certainly takes a lot of the sting out of it! I still can’t explain the hitting woes (except that I think we’ll find out that Josh Donaldson has been hurt worse than they’ve let on), but before you go saying what a horrible collapse the Blue Jays had this September, consider this. At no point during the 2016 season did Toronto ever have more than a 2-game lead in the American League East  – and they only led by that much for four days. Four! They only led the division at all for 32 days during the entire season. That’s basically one month out of six.

Now, admittedly, the Jays did hold that 2-game lead from August 28 through August 31, and 29 of their 32 games in first came after July 30. Obviously, that makes their September slide feel all the more painful. But even if they hadn’t won last night, I really think it seems a lot worse than it actually was. 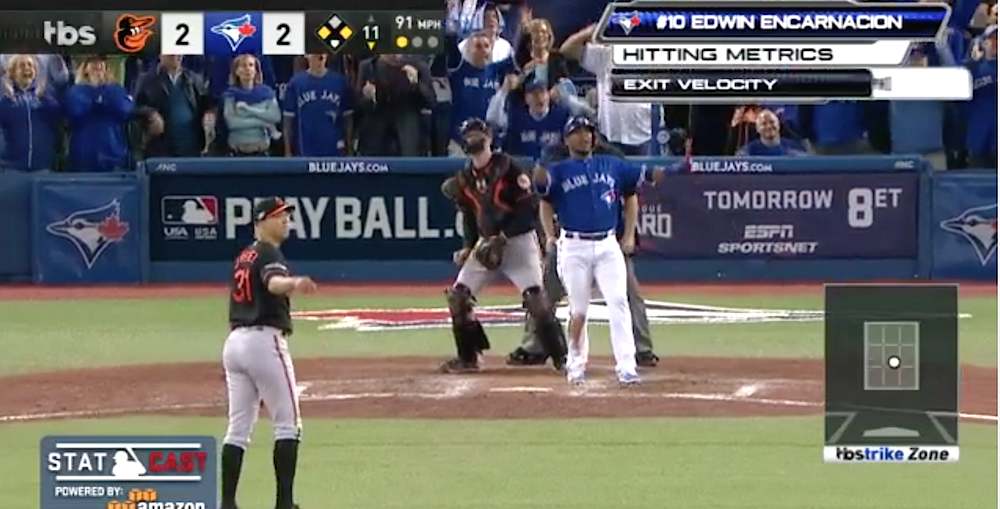 Edwin Encarnacion reacts to his game-winning three-run blast in the 11th inning.

Not convinced? Well, consider this. The Jays spent 111 days in either second or third place this year. That’s three times more time than they spent in first. And, really, they were never more than about 5 games from falling completely out of the playoff picture. So, hanging on for that home wild card berth was probably where they should have ended up anyway.

Since the two-team wild card format was introduced in 2012, I’ve always wondered how much qualifying for that wild card game would really feel like making the playoffs. Well, having gone through it now,  I think it really does … and I’m not saying this just because we won! Still, it does seems strange to have the fate of an entire season come down to a single game. The baseball season has always been a marathon, not a sprint. But then again, it’s not like this never happened before the advent of the wild card.

Back in 1908 – the last time the Chicago Cubs won the World Series! – the fate of the National League season came down to just one postseason game. It wasn’t actually a playoff. It was a makeup game made necessary by the fact that the Cubs and the New York Giants had finished the season tied in first place and now had to replay a tie game from a few days earlier, on September 23, 1908. 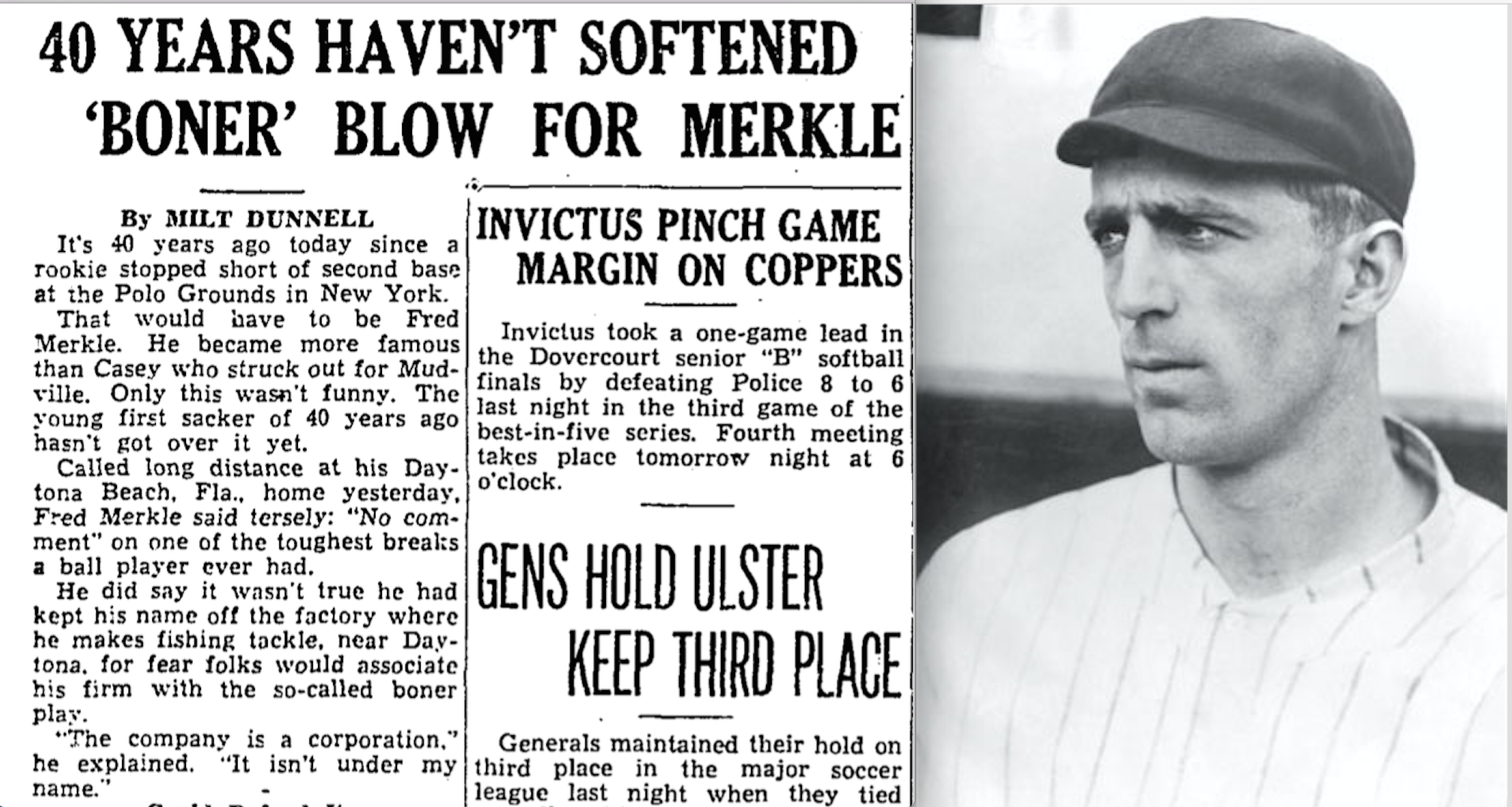 Milt Dunnell of the Toronto Star didn’t get much out of Fred Merkle even 40 years later.

Even now, 108 years later, that tie game is one of the most famous in baseball history. If you don’t already know the story, in a nutshell, the Giants should have won that day with a walk-off single in the bottom of the ninth, but the baserunner on first base, 19-year-old rookie Fred Merkle, never touched second. When the Cubs made a play to force him out, the ruling was made that the Giants apparent winning run didn’t count. For plenty more, you can Google Fred Merkle, or watch this clip of Keith Olbermann from 2013.

Merkle was dubbed “Bonehead” for his baserunning blunder and after the Giants lost the makeup game on October 8, 1908, his so-called “boner” would literally haunt him until his dying day. And beyond, really, because anyone who knows his name today is likely to know it because of that play.

A sample of some of the headlines that appeared above his obituary in
newspapers across North America the day after Fred Merkle died on March 2, 1956.

You may have heard Sandy Koufax recently, lauding Vin Scully and telling about how when Scully was covering the Dodgers in the World Series, he would say a prayer before it got started. Scully didn’t pray for the Dodgers to win, but for no one to make the type of mistake that would live on in infamy. No doubt Vin Scully had Fred Merkle in mind.

7 thoughts on “It Could Have Been Worse”