In my story last week, I made a brief mention of C.C. Pyle as the agent for both Red Grange and Suzanne Lenglen. Charles C. Pyle (sometimes referred to as “Cold Cash” Pyle, and more often as “Cash and Carry” Pyle) was responsible for bringing both stars to Toronto in the fall of 1926 … but he was looking to take something away with him too: the city’s professional hockey team – The Toronto St. Pats. 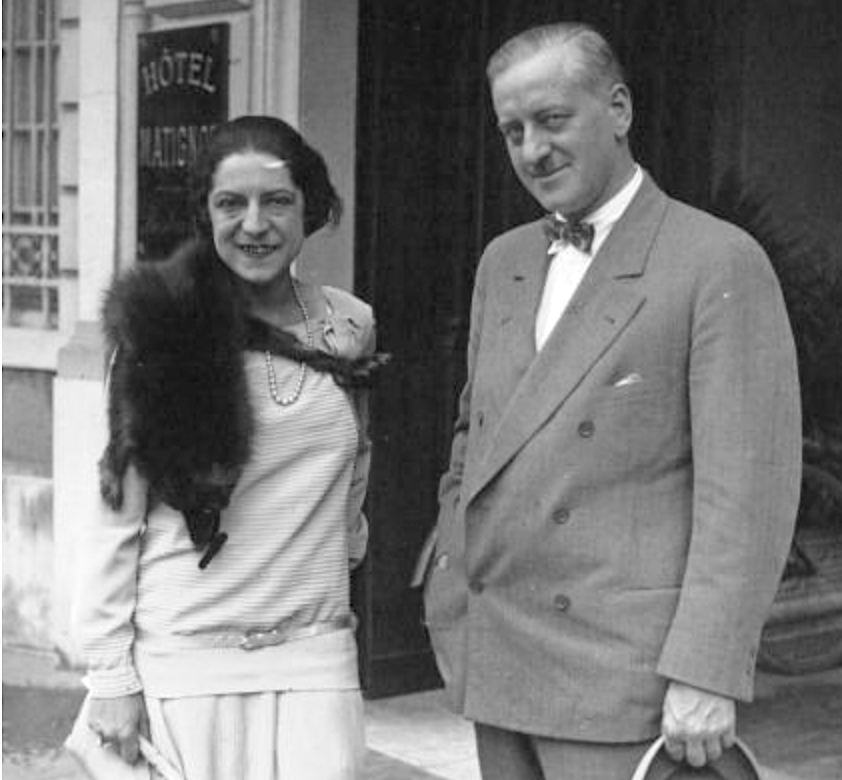 Writing in the Toronto Daily Star on October 8, 1926 (a few days before Lenglen’s appearance in the city), W.A. Hewitt noted: “Cash-and-Carry Pyle, who has Red Grange and Suzanne Lenglen under his wing, is trying desperately to break into professional hockey…” Hewitt wrote that Pyle had recently raised his original offer of $200,000 to $400,000 in an effort to buy the New York Americans, the NHL’s first franchise in The Big Apple.

By the middle of November, shortly after Grange’s visit to Toronto, came stories that Pyle had now set his sights on breaking into the NHL through Toronto. He had asked the owners of the St. Patricks what it would take to buy their team and was reportedly told $200,000. Though he’d offered double that for the Americans, Pyle was said to consider this price too high for the Toronto team. (Conn Smythe – who would soon put together a syndicate to buy the St. Pats for $160,000 – told the Star in 1977 that the team “might have been worth $15,000.”) 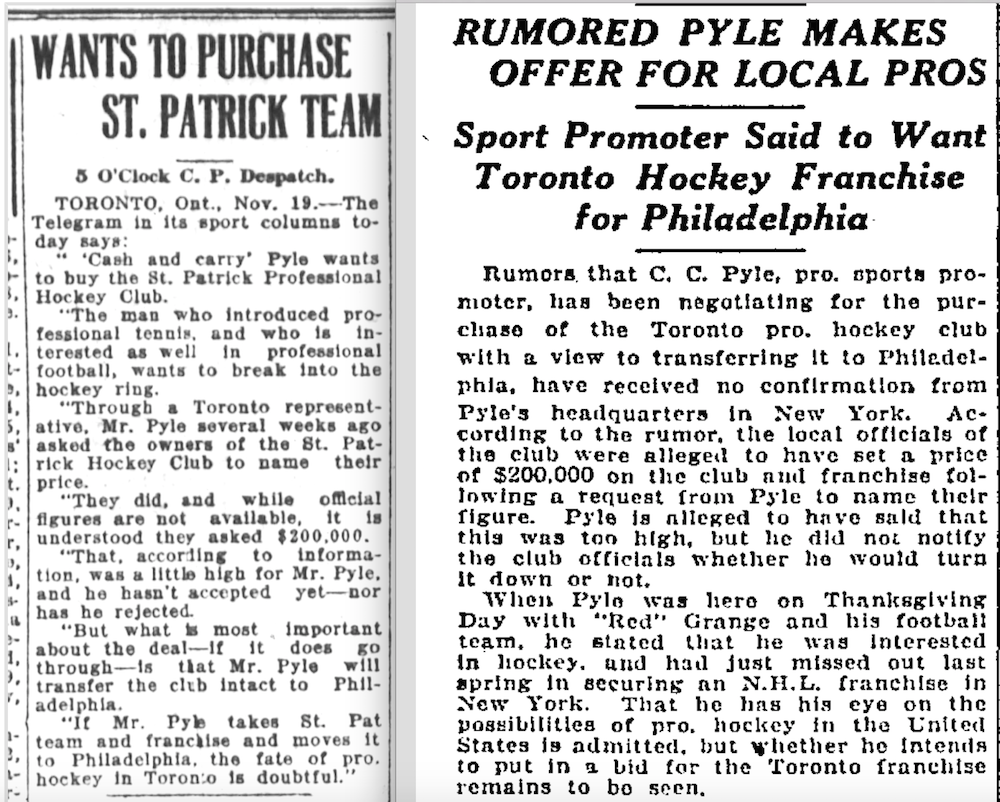 The Toronto Telegram had the story of Pyle’s interest in the St. Pats first on November 19.
Other local papers, such as the Globe, shown here, didn’t have it until the next day.

While it appears there would be more serious offers from Montreal investors (who likely would have left he team in Toronto) in the coming weeks, it was widely reported that if Pyle bought the St. Pats, he would move them to Philadelphia. Smythe used this threat of losing the city’s NHL team to an American city to rally his own group of investors and save the team in Toronto. He closed his deal on February 14, 1927, and renamed the team the Maple Leafs.

How close did Toronto really come to losing its team in 1926? It’s hard to know for sure. But C.C. Pyle’s interest in hockey seems to have been genuine. In the spring of 1927, he and Red Grange bought a large rink in Los Angeles, made plans to build another in San Francisco, and announced their intention to establish a four-team California Professional Hockey League. The league would run until 1933, though Pyle and Grange sold their interests in it around 1929.

5 thoughts on “Pyle and the St. Pats”