Just in case I haven’t hit you over the head with it enough times already, here’s another reminder that I have a new book that just came out. Hopefully we’ll see many of you this Saturday for the Toronto launch. Others, perhaps, may be able to stop by at upcoming events in Orillia, Owen Sound, and Orangeville. (And yes, it IS an odd coincidence that everything arranged so far is in an Ontario town that begin with O.) 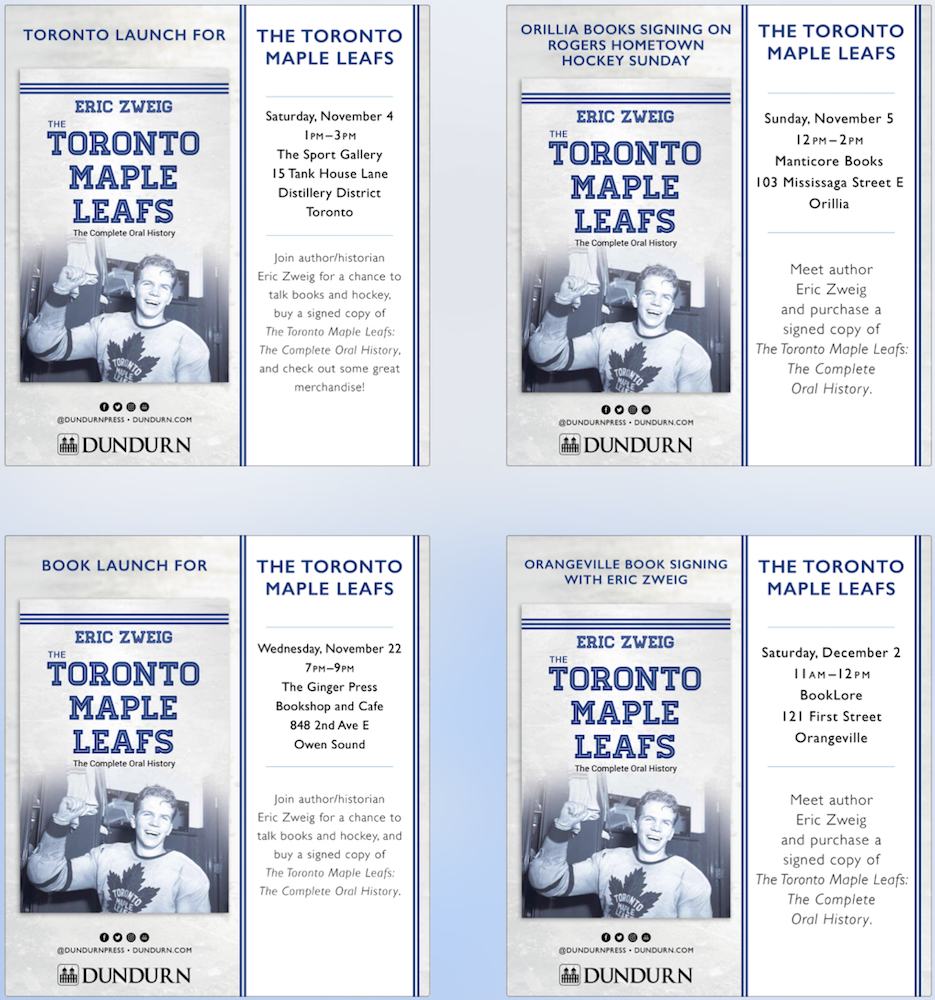 I’ve also got some new children’s books coming out a little later this month, which will push my official book count above 40. It all began 25 years ago right about now with the publication of my first book, Hockey Night in the Dominion of Canada. That capped a pretty amazing stretch of days for me and my family.

The fun began on October 24, 1992, when the Blue Jays won their first World Series … and Barbara and I made our first official appearance as a couple. (Belated happy anniversary, Greg and Anne!) 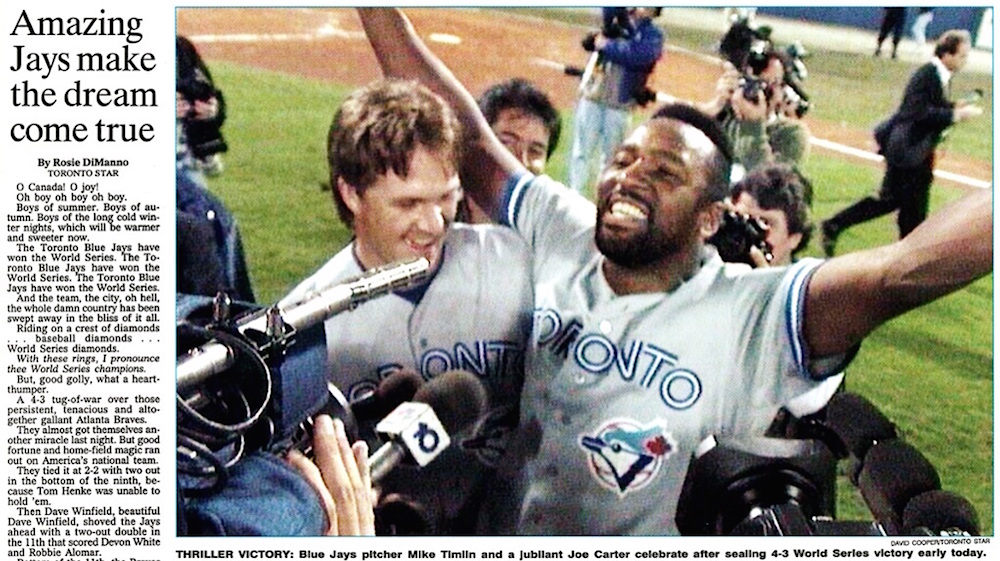 Anyone who knew my family then – and, let’s face it, knows my family now – knows we’re pretty crazy about the Blue Jays. The World Series celebration had barely subsided when, just a few days later, a box of books arrived at our family home… 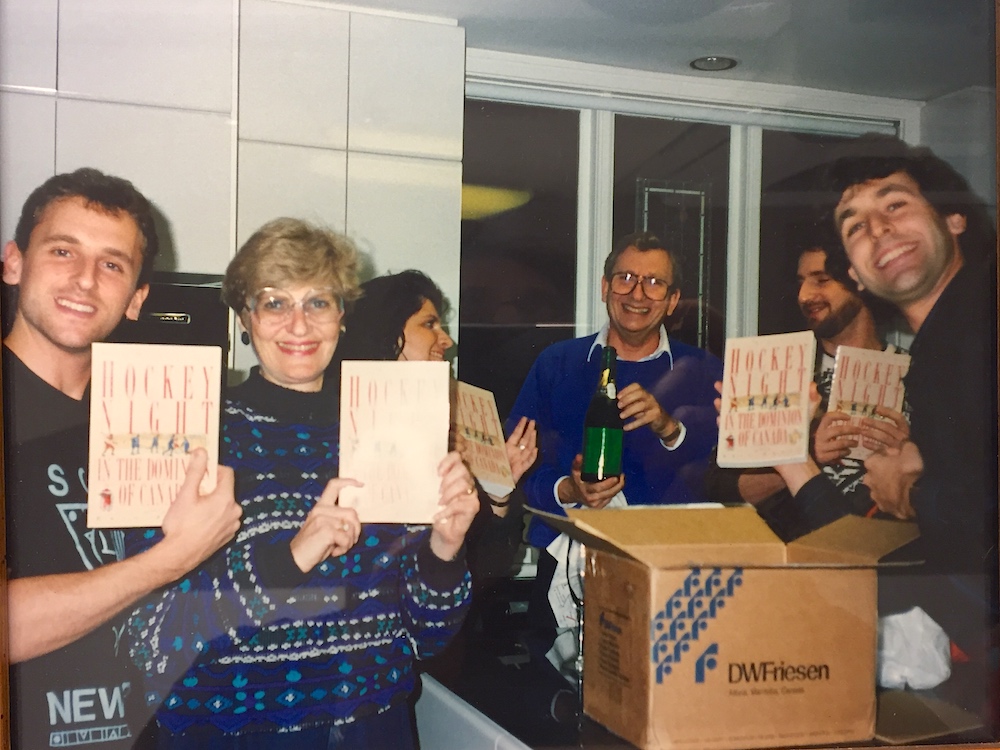 …followed, just a few days after that, by our first launch party 25 years ago today. 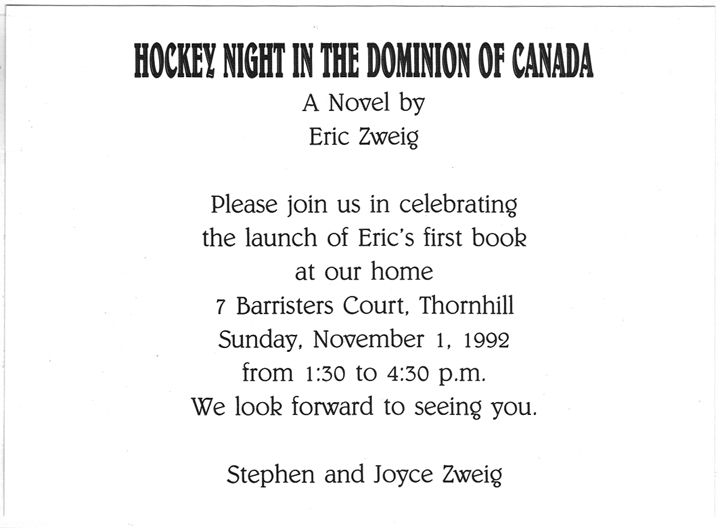 This time around, my teen-favourite Astros are going to game seven of the World Series against my mother’s childhood favourite Dodgers. It’s been an amazing series so far, but matter who wins, it won’t be the same for us as 1992. Still, it’ll be a fun time on Saturday. We look forward to seeing you.