The NHL recently added many “enhanced” analytic stats to its web site NHL.com. More are likely to come. This year, at the recent NHL All-Star Game, the league introduced sensors in the pucks and uniforms that allow for the tracking of speed, positioning, ice time, and other data that – it’s said – will revolutionize the way we watch and understand hockey. The general buzz around all this has all been positive. VERY different from the much-maligned innovation introduced at the All-Star Game back in 1996 … the Fox Trax glow puck!

It’s not quite the same concept, but take a look at this story I recently came across from the Montreal Gazette back in 1941: 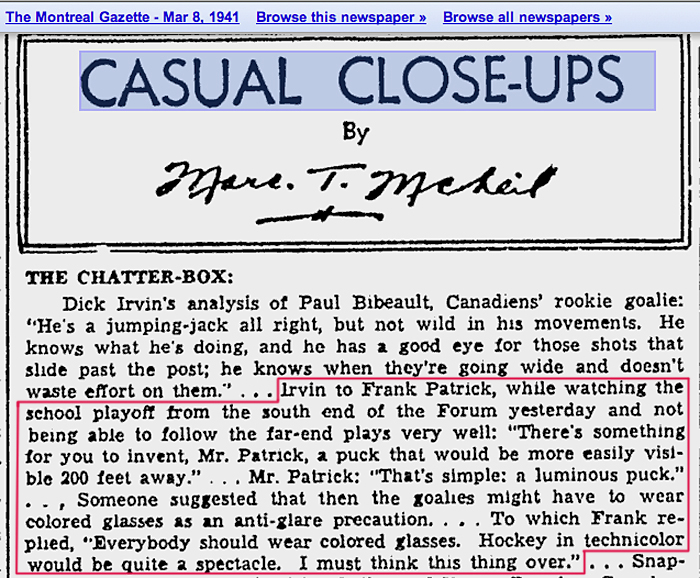 5 thoughts on “Glowing Pucks From Hockey’s Past”