With a little more than three weeks to go in the NHL season, the race for the Art Ross Trophy is incredibly tight. And yet there doesn’t seem to be much buzz about it. Perhaps that’s because whether the winner is John Tavares, Alex Ovechkin, Sidney Crosby, or one of the others in the bunch, he’s likely to end up with no more than 86 points. If so, that’ll be the lowest total in a non-strike season since Gordie Howe led the league with 86 points in 1962-63. But, of course, the NHL season was just 70 games long then. 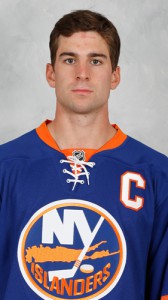 Given that no one has led the NHL with less than a-point-per game total since Toe Blake topped the league with 47 points in a 48-game season back in 1938-39, (comparable to 80 points in an 82-game schedule), we’re looking at a fairly historic lack of scoring in the NHL this season.

David Feschuk, writing in the Toronto Star on March 13, noted that the decline in scoring can be traced directly to power-play offense, with man-advantage chances at the lowest level in 50 years. Feschuk quotes St. Louis Blues coach Ken Hitchcock and Nashville Predators’ GM David Poile as saying that everyone seems to be on board these days with what is and what isn’t a penalty and that coaches are happy with the way games are being called. 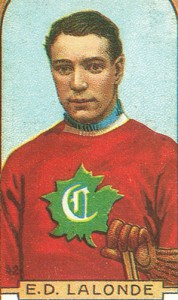 Yet Feschuk also quotes former referee Kerry Fraser as saying that the current, younger, referees have been insufficiently trained, and that they’re calling minors instead of majors, or sometimes nothing at all, because they’d rather let plays go knowing that anything they missed will be flagged for additional suspensions, if warranted, by the NHL’s video review. Fewer power-plays means fewer power-play goals, and, even worse, calling fewer penalties makes it that much easier to clog things up for the skilled players. The game may be faster than ever before, but that doesn’t mean much if there’s no room to move and no time to think.

Of course, there’s also the argument that scoring – briefly on the rise after the “Dead Puck Era” by the tweaks to the rules introduced in 2005–06 after the season-long lockout ended – is once again on the decline because goalies today are better than they’ve ever been. They may well be. They’re certainly better-trained than they’ve ever been and physically larger too (even if their oversized equipment has been reined in somewhat). 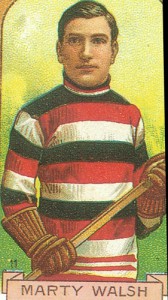 So, if scoring chances have more-or-less remained the same, but goalies (based on their save percentages) are stopping more shots, then what’s the answer? People aren’t saying it as much as they were a few years ago, but is it larger nets? (We’ll look at that next week.) But if there really isn’t enough time and space on the ice, then maybe the answer is fewer players.

Talks are moving forward on some form of 3-on-3 overtime to break more ties before going to a shootout, but there’s little if any talk these days of going to 4-on-4 in regulation time. I’m not saying that 4-on-4 is the answer (and you’ve got to wonder how much the NHL Players Association would support it), but there did used to be a rover in the early days of hockey and the decision to eliminate that extra position (which was first made in 1911-12) worked out pretty well! Not everybody was on board with that in the beginning either. I think it was future Hall of Famer Marty Walsh of the old Ottawa Senators who said that playing hockey without a rover was like playing baseball without a shortstop.

Yet as early as 1946, another early era Hall of Famer, Newsy Lalonde (who survived and thrived after the change from 6-on-6 skaters to 5-on-5) already believed that the best way to allow speed and skill to flourish in the coming years would be to eventually reduce the game to just four skaters and a goalie per side. Future Hall of Famers Ebbie Goodfellow, Joe Primeau and Charlie Conacher shared Newsy’s view, as did Hooly Smith. “There’s no more stickhandling,” Smith complained, “and 90 percent of the goals are scored by passouts from behind the net or from scrambles in front of the goal.”