The Oshawa Generals won the Memorial Cup on Sunday, defeating the Kelowna Rockets 2-1 in overtime in the final game. The championship trophy for Canadian junior hockey has been competed for annually since 1919. 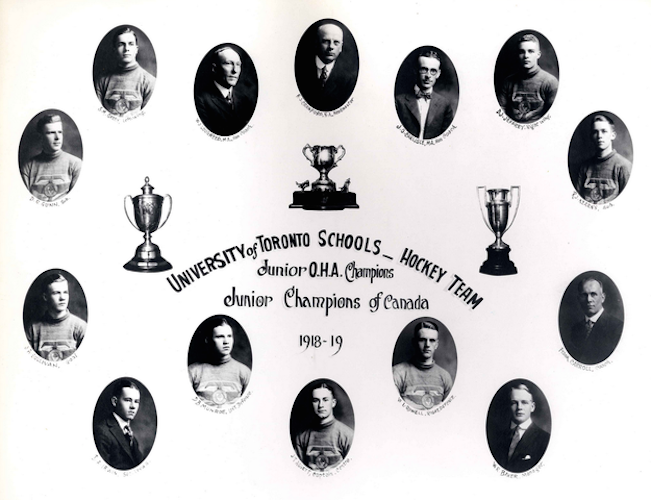 Originally known as the OHA Memorial Cup, it was the brainchild of Captain James T. Sutherland of Kingston, a hockey pioneer of the first order who conceived it as a way of honoring the many athletes who’d given their lives fighting in the First World War. Sutherland particularly wished to commemorate two fellow Kingston men whom he coached in their home town: Allan “Scotty Davidson and George Richardson.

Back in November for Remembrance Day, I posted a story I wrote last year about Davidson, Richardson and others for the Hockey Hall of Fame’s Legend’s magazine. Today, I’m attaching a story written originally as a sample chapter for a book proposal about Scotty Davidson, detailing the battle in which he lost his life 100 years ago. It’s quite long, but I hope you’ll click here and take the time to read it, or at least save it to read later.