I’ll admit it. I’ve been pretty pessimistic when it comes to the Blue Jays over say, the last 22 years. Can you blame me? But, to my credit (or maybe not), I’ve never bailed on them. Now that I live in Owen Sound, I don’t get to see them live nearly as much as I used to, but I keep watching on television night after night after night. I haven’t always been sure why I do. Sometimes, it felt like a strange kind of loyalty to my younger self.

Still, I kept watching. But any time I was foolish enough to even let myself start to believe for a short time, they’d break my heart. Now? I’m pumped! This past weekend in New York was amazing. And – even though it’s August and not September – it got me thinking back to the pennant race of 1985 … the first time Toronto won the American League East.

As many of you know, my family lived and died with this team in those days. (OK, we still do!) We still have the season tickets we’ve had since the moment they went on sale prior to the first season in 1977. I grew up with this team and it was a blast! In 1985, I was in my fifth and final year on the Blue Jays ground crew as the team made the journey from worst to first. 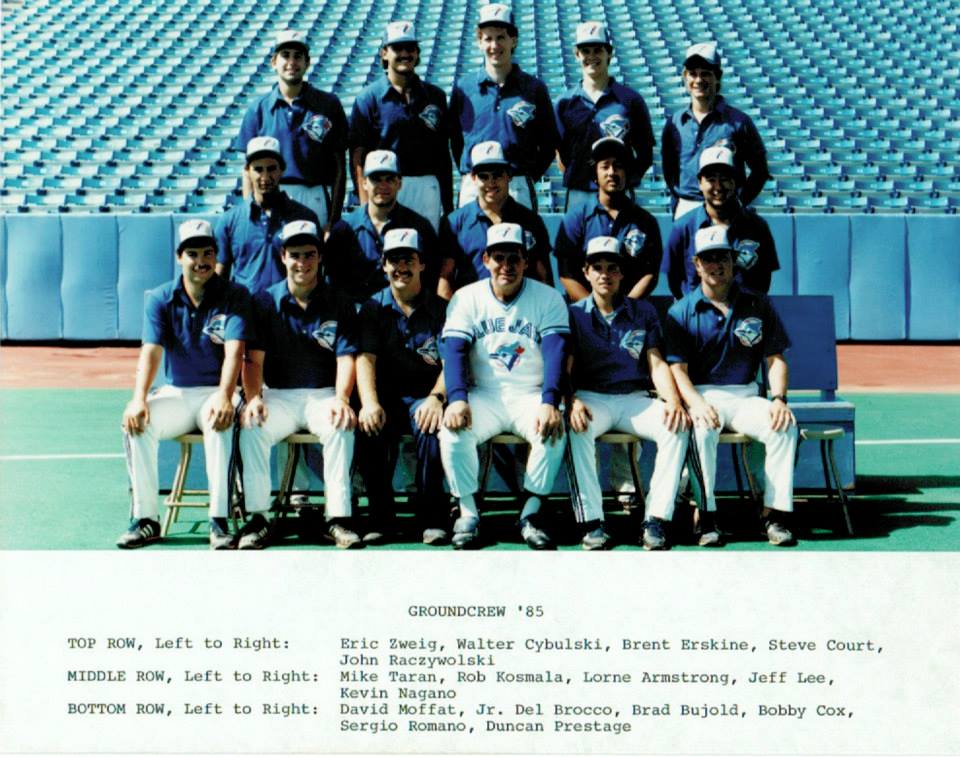 On August 4, 1985, the Blue Jays were 67-39. They were 9 1/2 games up on the Yankees in the American League East. Over the next five weeks, the Jays went 21-12. The Yankees went 29-6. They had two seven-game winning streaks and an 11-game streak during that stretch. Every night, it seemed, they were trailing, only to rattle off a big inning late in the game to pull out a victory. It was testing my faith.

There was an old security guard who worked in the Blue Jays bullpen in those days. I’m very sorry I can’t remember his name. I loved talking with him. As a boy in 1930s, he’d lived in New York and worked at the Polo Grounds. As an old man (in the days long before the Internet), he carried papers in his pocket on which he tracked all of baseball’s all-time leaders and which current players were gaining on them.

I remember walking out to the bullpen one day and admitting to him how nervous I was getting. Dennis Lamp (who went 11-0 in relief that year) glared at me. People may remember a picture of him in the clubhouse after the Jays clinched, pointing to a sign he’d made that said something along the lines of, “People counted this team out, but we never heard the bell.” I’ve never told anyone this before, but I sort of felt he was talking to me. But that’s getting a little ahead of the story…

When the Blue Jays headed into New York to begin a four-game series on September 12, their once-big lead was down to 2 1/2 games. That Thursday night, the Jays were leading 4-1 through six innings. But as they had done for weeks, the Yankees rallied in the seventh. Two brutal errors by Tony Fernandez led to six runs on just three hits. The Yankees won the game 7-5.

Amazingly, the Blue Jays bounced back. They won the next three in a row, and stretched their lead back to 4 1/2 games. Though things got nervously tight again over the next couple of weeks, Toronto clinched the AL East Division on October 5, 1985, with a 5-1 victory over the Yankees.

I was right there on the field a few seconds later, assigned the job of protecting home plate in case any excited fans wanted to dig it up as a souvenir. In some of the film footage (unfortunately, not the TV footage you can find on YouTube) you can clearly see me running onto the field, hugging a fellow ground crew member, and then turning to face the stands, where my brother Jonathan had been sitting, and waiting for him to race onto the field to leap into my arms. 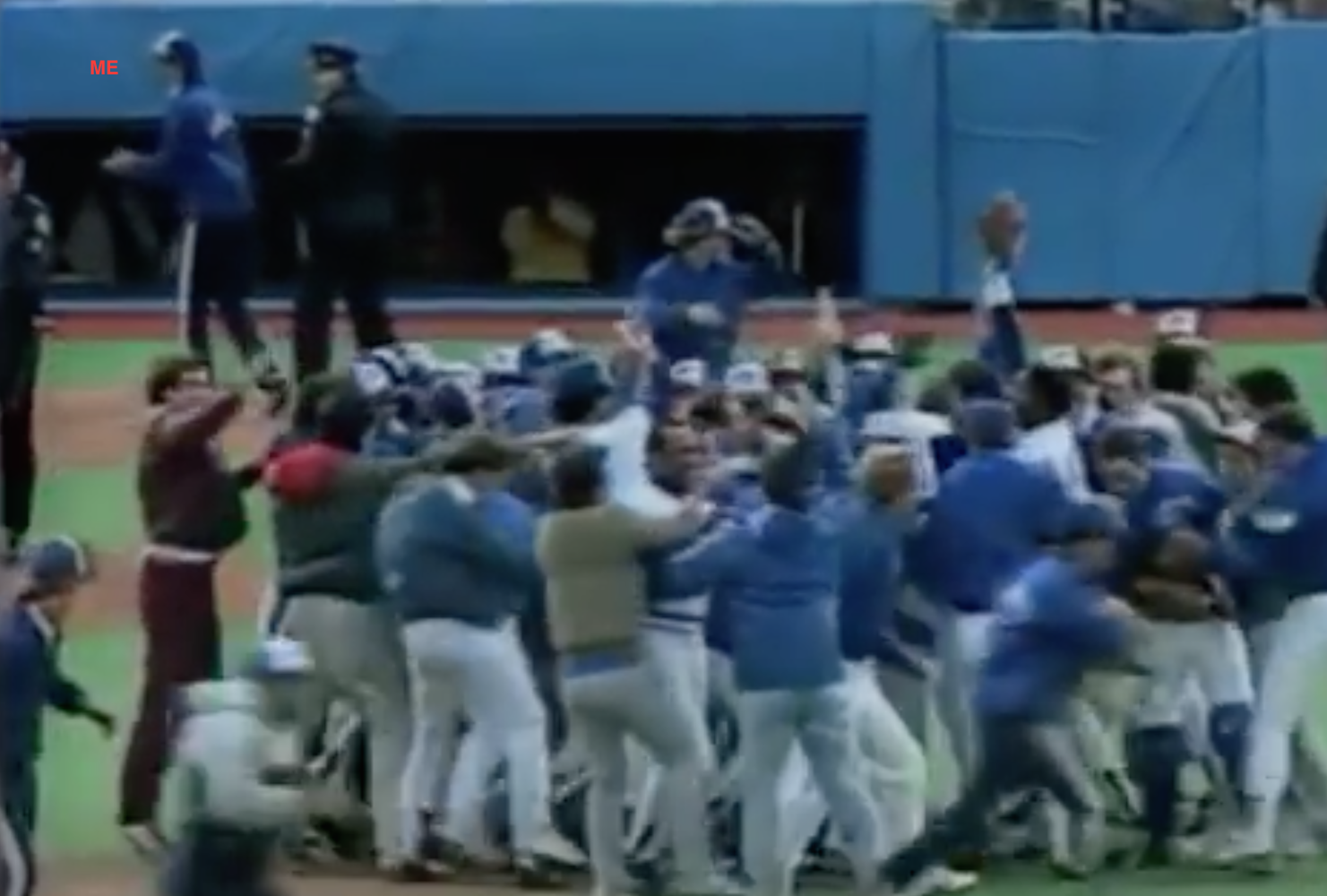 The World Series wins were great. My wife Barbara and I often remember the nervous feeling in our stomaches as Game Six in 1992 went into extra innings, and I remember wading through a room full of people after the game, struggling to reach and embrace my brother David. But for me, 1985 will always be special. It staggers me to think it was 30 years ago…

12 thoughts on “Rhapsody in Blue Jay”