The NHL Official Guide & Record Book was completed this week and sent to the printer. This will be the 84th edition of a book that dates back to the 1932-33 season. Milt Dunnell, the dean of Canadian sportswriters who died at the age of 102 in 2008, used to send a note to Dan Diamond every year saying something along the lines of, “Jim Hendy could never have guessed what his little pocket guide would become.”

Jim Hendy worked on what he called The Hockey Guide until 1951, after which he turned over the book to the NHL. Through expansion after 1967 and right into the 1980s, the book maintained its “pocket” format, although as the NHL grew from six to 21 teams it was split into two books: a Guide and a Register. In 1984, Dan Diamond proposed a reorganization and redesign that saw the NHL Official Guide & Record Book remodelled into magazine-sized pages including photographs for the first time. Dan’s first Guide was 352 pages. Over the years, it’s grown to 672 pages! 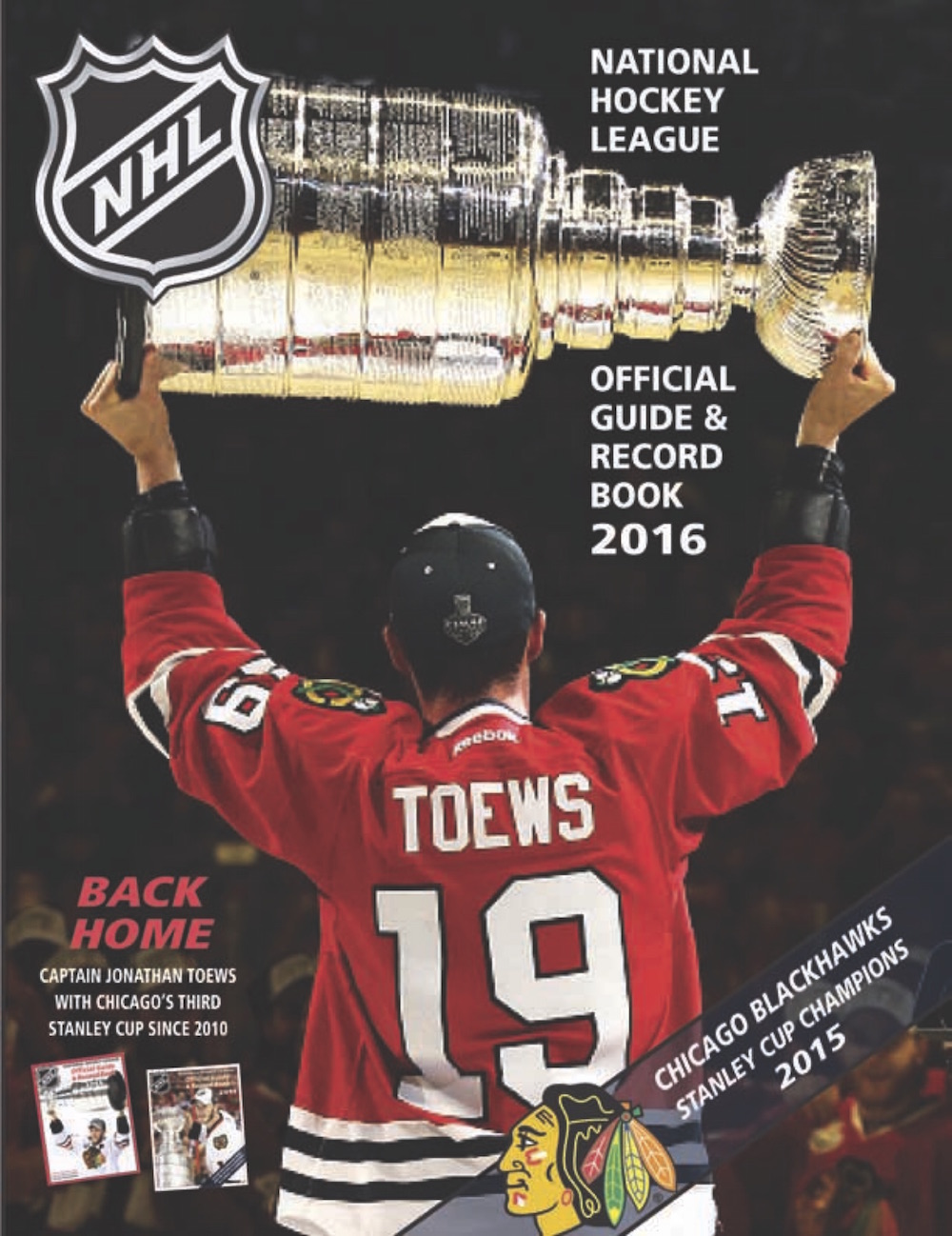 No matter what the size, Dan Diamond & Associates takes its mandate of being the NHL’s Official Guide very seriously. A tremendous amount of care and attention goes into being accurate. Obviously, the NHL Communications department aids greatly in this, but you can help too. Every year, a note in the Guide states: “We appreciate comments and clarifications from our readers” and that, “Your involvement makes a better book.”

This year, we corrected a decades-old error in Alec Connell’s record from 1927-28 for the Longest Shutout Sequence By a Goaltender based on an article Don Weekes wrote last fall for The Hockey News and brought to our attention. (And, yes, we go with Alec. Although Connell’s given name was Alexander and many call him Alex, Alec does seem to be what he went by himself for most of his life.)

I’ve been working with Dan Diamond & Associates since the summer of 1996. Among the many jobs I do, it’s been my responsibility for the last decade or so to assemble statistical panels for newly drafted North American players that will appear in the Guide’s Prospect Register for the very first time. As often as possible, we like to include a line of statistics from a player’s last year of minor/youth hockey before he moved up to Junior A or college. There are many web sites that aid the cause these days, though I always like to double-check (and often triple-check) what’s on any stats-specific site against what’s on a league or a team’s web site. Every summer, there are numbers that don’t match or can’t be found, and can only be resolved by contacting a team, or a coach, or a parent directly.

It’s always fun talking to a proud coach or parent in the weeks after a young player has been selected in the NHL Draft. This past spring (even before the NHL Draft was held), I had the opportunity to “talk” via email with Connor McDavid’s father to try and clarify his son’s statistics from his last year of midget hockey with the Toronto Marlboros of the GTHL. 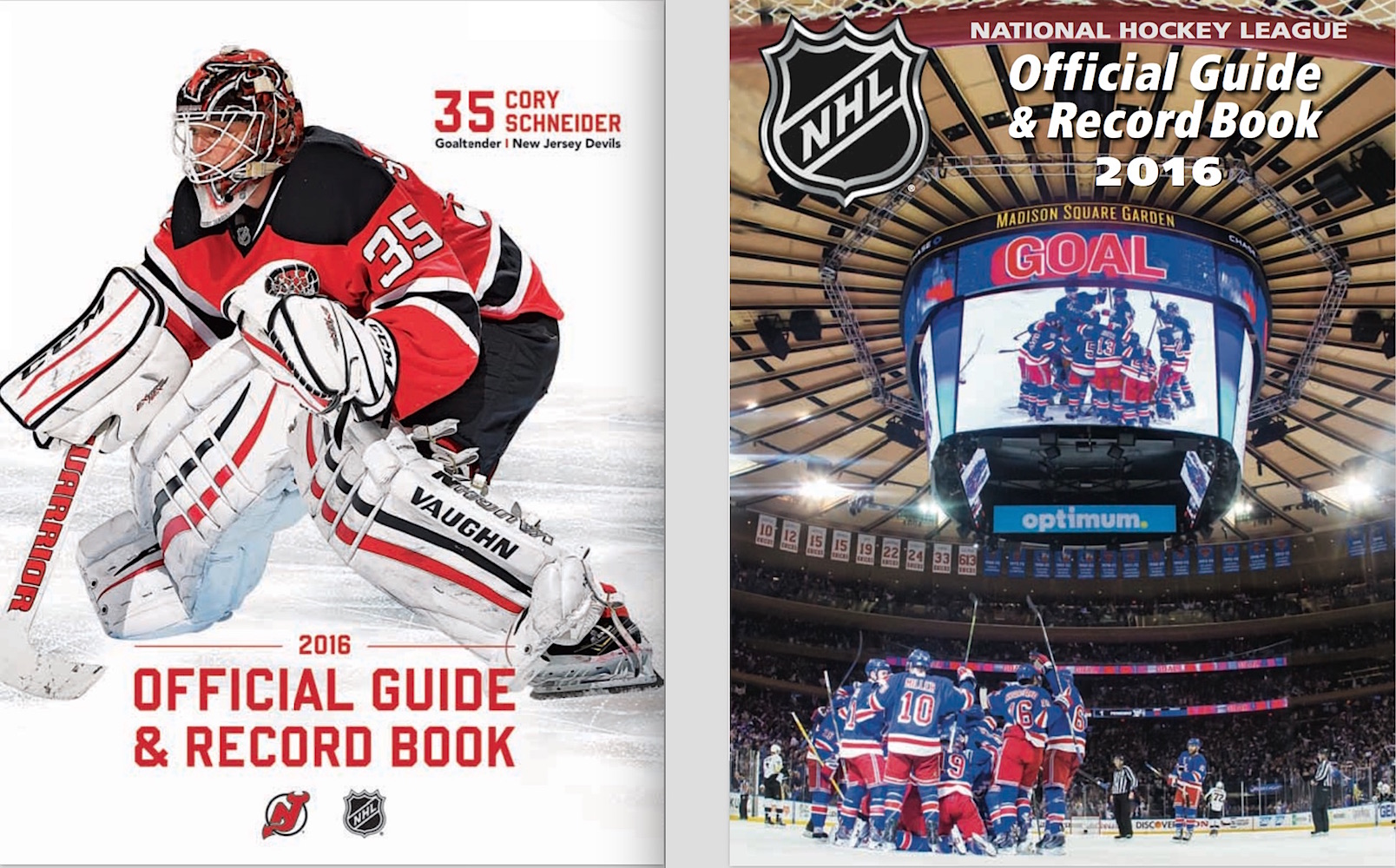 I had noticed that while every stats site seemed to have the same amazing totals for McDavid’s spectacular 2011-12 season (88 games, 79 goals, 130 assists, 209 points), none of the sites that broke down his numbers into season games, playoff games and tournament games showed the same results. A big deal? Not really. But I thought that if Connor McDavid was going to be the next great NHL superstar everyone believes he will be, it would be nice to get it right! Turns out, Connor’s father felt the same way.

I contacted the Marlboros (who, I know, from past years, do not officially keep statistics for their players) and they put me in touch with Brian McDavid, who had tracked all of his sons stats that season. “Please don’t lump me into the ‘crazy hockey dad’ category for doing this,” he wrote, “but I felt Connor had a chance to be a significant player in the game in the future and … that his season would be lost from a statistical view if I didn’t do it myself.” He sent me an Excel sheet showing Connor’s performance game-by-game, not only for the Marlboros that season but also for his team at the PEAC School for Elite Athletes in North York (a Toronto suburb).

So, while we can’t match the up-to-the-minute aspect of the many sports web sites out there these days, you’ll be hard pressed to find any one site on the Internet that can give you all the information as neatly and concisely as that contained in the NHL Official Guide & Record Book … and I dare say you’ll have an even harder time finding one that does so with such attention to detail.

This year’s Guide will be in bookstores in early September. Or you can order it online right now at the dda.nhl eBay site.

8 thoughts on “One Book to Guide Them”