My first professional writing job came 30 years ago this month when, with the Blue Jays in the playoffs for the first time, I wrote a month-long “World Series Flashback” feature for the Toronto Sun and CHEX Radio in Peterborough.

Friday of this week (October 9) until Wednesday of next week (October 14) marks the 110th anniversary of probably the greatest pitching performance in baseball history. In games one, three, and five of the 1905 World Series, Christy Mathewson pitched three straight complete game shutouts in the space of six days. He tossed a total of 27 innings, while allowing just 13 hits and striking out 18 against only a single walk. Mathewson’s New York Giants defeated the Philadelphia Athletics four games to one. 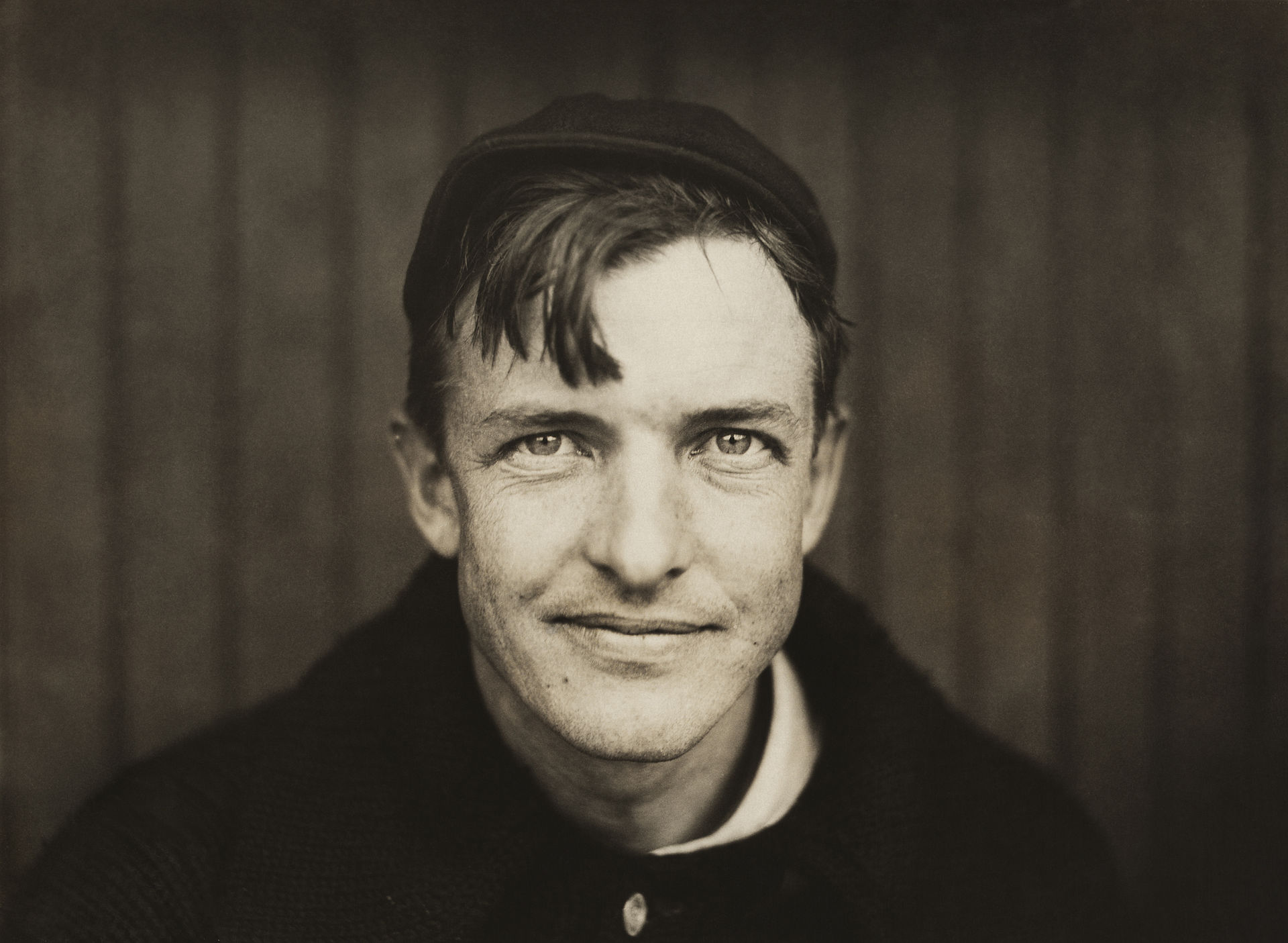 In an era when baseball players were mostly roughnecks and hooligans, Christy Mathewson was a true gentleman. College-bred, tall, handsome, honest and articulate – not to mention one of the greatest pitchers in history – Mathewson helped make baseball respectable. Had there been a World Series MVP award in 1905, there’s no doubt who would have won it. Had I been alive at the time, I don’t think there’s any doubt who my favorite baseball player would have been. (I’ve always been a fan of great pitching.)

If you’ve read any of the articles I’ve posted on this web site over the past year – or anything I’ve written over the past 30 years – you’ve got a pretty good idea that I love sports history. As a boy, I played hockey and football and loved the Toronto Maple Leafs and the Argonauts. I was a horrible baseball player, but I’d watch the Expos on TV and began following the World Series in 1972 when I was still only eight years old. I saw my first live game in 1973 and was watching on TV in 1974 when Hank Aaron passed Babe Ruth with his 715th home run. Still, I didn’t really understand baseball and didn’t care much about it. It wasn’t until the Blue Jays came along in 1977 that everything changed.

I knew that both my parents had gone to minor league Maple Leafs baseball games when they were young. My mother, especially, loved baseball, and was the reason why my family got (and still has) our Blue Jays season tickets. I was first hooked late in the summer of 1976. There was a tent that year at the Canadian National Exhibition in Toronto hyping the city’s entry into the American League. In it, they were showing the official film of the 1975 World Series. Like so many people, I’d been captivated by that series the previous fall, and this was the first time I’d ever seen one of those “all access”-style films. By the time the Blue Jays took the field on April 7, 1977, I was more than ready to fall in love with baseball. Soon, every radio in the house was tuned to the Blue Jays broadcast. (Not a lot of television in those days!) 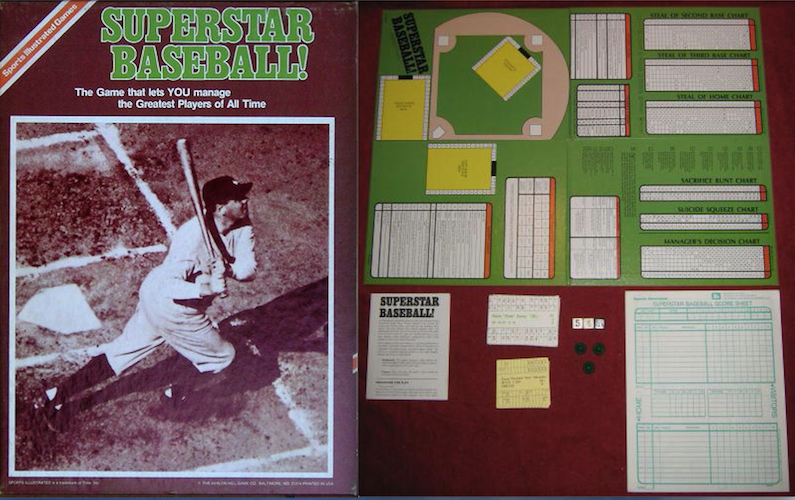 With friends who were just as crazy for the fledgling team – and the most inexpensive tickets easy to come by at just two and thee dollars (sometimes less) – it was fun to follow the Jays even if they lost 100 games every season. We also picked pennant contenders to root for and tease each other about, but what really took my interest “to the next level” was my discovery of baseball’s rich history. That began with two things in 1978.

One thing was that my mother bought us Big-Time Baseball by Maury Allen. “A potpourri of major league happenings between 1900 and 1978,” says Google Books. “Includes records, anecdotes, photographs, and biographical information.” My brothers and I devoured it! (And, really, many of the books on hockey I’ve written for children haven’t been all that different from it.)

Big-Time Baseball is where I first learned of Christy Mathewson, but where I came to really know him was as the star pitcher on my own team in Superstar Baseball … the Sports Illustrated/Avalon Hill board game my brothers and I ordered by mail and received at the Christmas holidays in December of 1978. As the box says, Superstar Baseball lets you manage the greatest players of all time (though it’s an admittedly strange mix of all-time megastars and quirky oldtimers). In addition to the number and letter codes on the front of the player cards that let you play the game, the backs of the cards contained career numbers and interesting write-ups about the players’ careers. I read them all, and then started reading all I could about baseball history.

Perhaps Superstar Baseball isn’t the greatest of the dice-rolling/simulation games (I played ABPA Baseball and Football with my friends). Still, my brothers and I played it till we wore it out, ordered another, bought the second player set, and wore them out too. Almost 40 years later, we still play it when we have the time together, and are often joined now by my brother Jonathan’s son.

Over the years, we’ve traded players so many times it’s impossible to keep track of who’s had who, but David has always had Babe Ruth and Walter Johnson on his team, and Jonathan has always had Honus Wagner and Bob Gibson. My all-time all-timers are Rogers Hornsby and …Christy Mathewson. 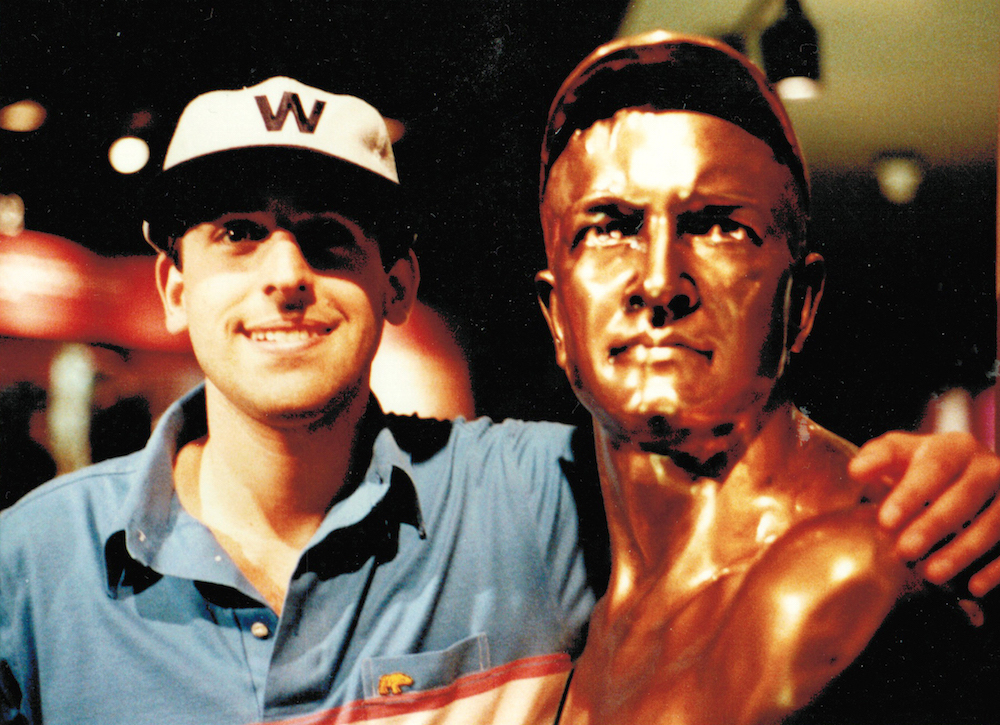 If you’ve got a story about what hooked you on sports, or sports history, I’d love to hear it. Please feel free to comment. And GO JAYS GO!