On Monday, Garret Sparks became the first goalie in Maple Leafs history to earn a shutout in his NHL debut when Toronto beat Edmonton 3-0. His emotional reaction in an interview after being named the game’s first star – and the shot of his parents in the stands – is definitely worth checking out.

I haven’t researched it myself, but according to hockey goalies.org, Sparks is the 23rd goalie in NHL history to begin his career with a shutout. Bad news for Leafs fans, but only a few went on to notable careers, and only one – Boston Bruins legend Tiny Thompson – went on to the Hockey Hall of Fame.

Though he didn’t begin with a shutout as Thompson had in 1928-29, the debut of Frank Brimsek in Boston 10 years later was even more spectacular. Brimsek – the first American-born NHL star – was in the news last season when Ottawa goalie Andrew Hammond tied his NHL record by allowing two goals or less in 12 straight starts to begin his career. Still, unless you’re into hockey history, Brimsek’s not a name many fans know today. That may change due to a book out soon by Ty Dilello. 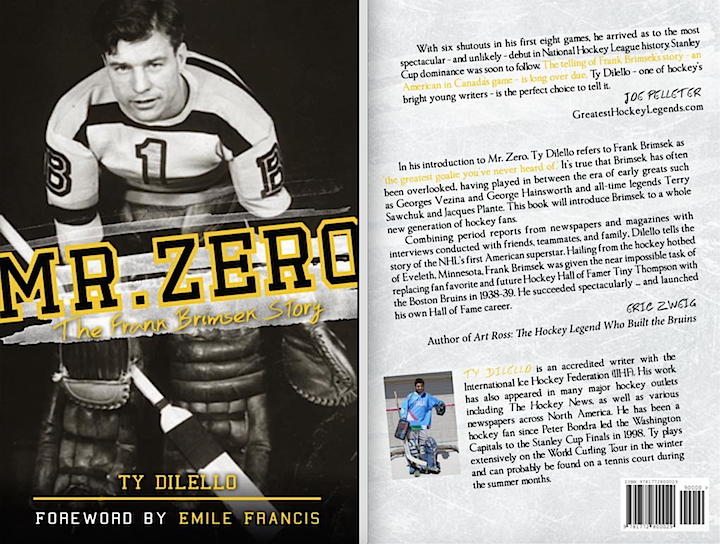 Ty and I have never met in person, but we have been touch online. He’s only about 23 years old … and he’s the first person I know who grew up to become a writer after reading my books for kids when he was a boy! So, I’ll admit, it was a kick when he sent me an early copy of his Brimsek book and asked me to provide a “blurb” for the back cover.

The book is called “Mr. Zero” and if you know anything at all about Frank Brimsek it’s likely to be that that was his nickname, coined after the string of shutouts he put up at the beginning of his career. But pretty much everything you think you might know about him is wrong. Not meaning to steal any of Ty’s thunder, but some of this already appears in my Art Ross biography, so here’s a brief rundown of the fact versus fiction.

It’s generally reported that Art Ross’s decision to trade Tiny Thompson and replace him with Brimsek came as a bolt out of the blue. While it’s true that Boston fans – and even Bruins teammates – were shocked by the move, it had actually been a long time coming. Thompson had first told Ross he was contemplating retirement at the end of the 1936-37 season. He even suggested Brimsek as his replacement, and so Ross signed him for the Bruins farm team. Thompson was talking retirement again in April of 1938 and there was soon talk that he and Brimsek would share time in the Bruins net during the 1938-39 season. 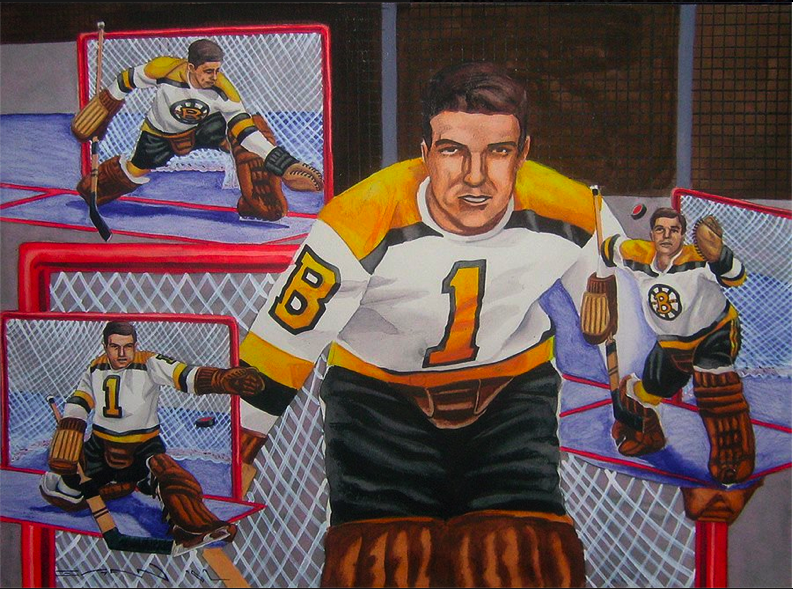 Even so, Brimsek was ticketed to return to the minors until Thompson suffered an eye injury late in training camp. Brimsek opened the season with the Bruins, posting a 3-2 win in Toronto and a 4-1 victory in Detroit. With Thompson now recovered, Brimsek was dispatched to Providence. Boston went 3-1-1 in the next five games with Thompson allowing just 8 goals in 310 minutes for a 1.56 average. Still, Ross had liked what he’d seen in Brimsek and on November 28, 1938, it was announced that Thompson had been sold to Detroit for $15,000. At the time, it was the richest deal for a goalie in NHL history.

The other thing you might know about Brimsek is his run of six shutouts in his first eight games, but that’s not quite true either. That total ignores Brimsek’s first two starts at the beginning of the season and only begins from the time Thompson went to Detroit. After recording those two early wins, Brimsek actually lost his first start as Boston’s number-one goalie with Thompson gone, but then he bounced back with three straight shutout wins. After a 3-2 victory in his next start, Brimsek strung together another three shutouts in a row. He was now 9-1-0 in 10 games with six shutouts and a 0.70 goals-against average and was the talk of the hockey world. 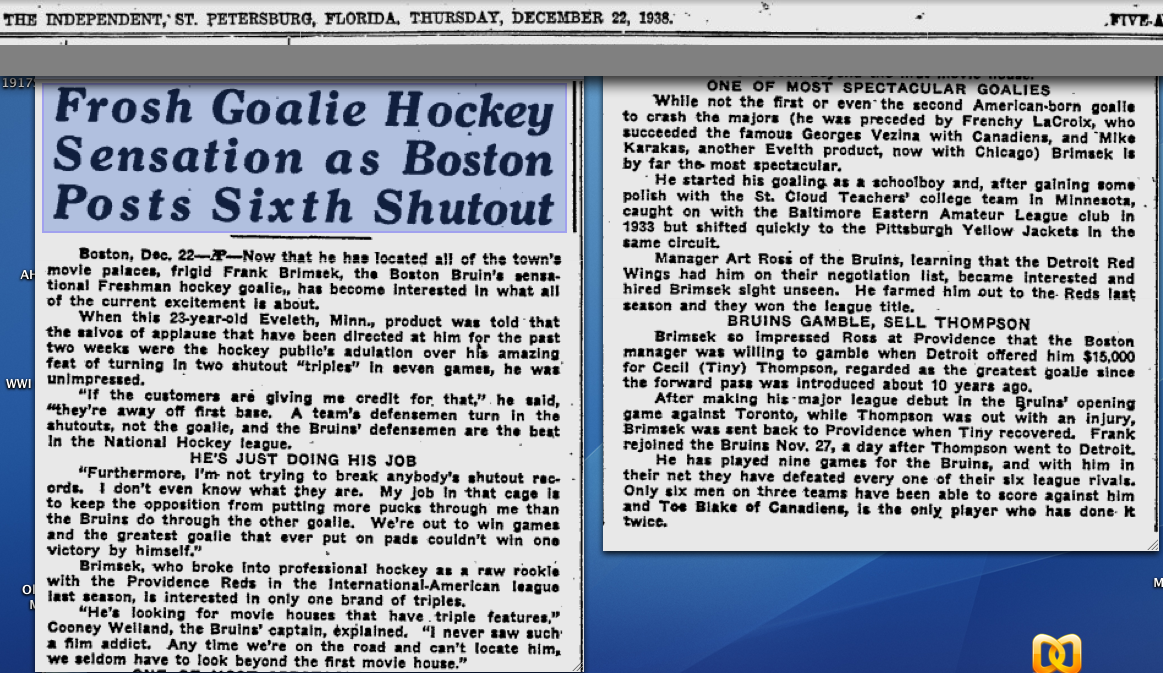 Brimsek finished the 1938-39 season 33-9-1 and led the NHL with 10 shutouts and a 1.56 average. He became the first goalie to win both the Vezina Trophy and the Calder Trophy as rookie of the year, and he led the Bruins to their first Stanley Cup championship since Tiny Thompson’s rookie season in 1928-29. He never put up such spectacular numbers again, but Brimsek did win the Stanley Cup for a second time in 1941, the Vezina again in 1942 and was a perennial All-Star both before and after taking two years out in the prime of his career to serve in the U.S. Coast Guard during World War II.

1 thought on “A Spark of Greatness?”