My recent adventure (as some of you know) began on Friday night, February 26, with an apparently simple case of minor stomach flu. Over the weekend, things got worse. By 7:30 on Monday evening (Feb. 29), Barbara and I made our second trip to the emergency room. This time, a small obstruction was found in my lower abdomen and I was admitted to hospital. Further tests on Tuesday pinpointed a tangle in my small intestine. When the one possible “non-invasive” technique changed nothing, I was rushed into surgery around 11:00 am on Wednesday morning, March 2. Warned of several dire possibilities, when I awoke in the recovery room at exactly 12 noon, I knew it had gone as well as it possibly could. Even so, there were eight more days in hospital before I finally arrived home yesterday (March 10) at noon.

The usual causes for an abdominal obstruction are tumors, scars from prior surgery, or a lingering stomach injury. I have none of those. So, what happened is a mystery. But the take-away, for both Barbara and me, is that if something feels wrong, get it checked out! Untreated (and we were supposed to go away on a small vacation the day we went to the hospital instead), this could have killed me. I am tremendously grateful for the wonderful work of the doctors, nurses, and support staff of the hospital here in Owen Sound.

Weak as a kitten, and very tired, I’ll mostly be taking it easy for the next little while. So stories might appear a little less frequently, or be a lot more “show” and a little less “tell” for a couple of weeks. Still, like Maurice Richard recovered from his charley horse in 1951, I’m back in the saddle again! 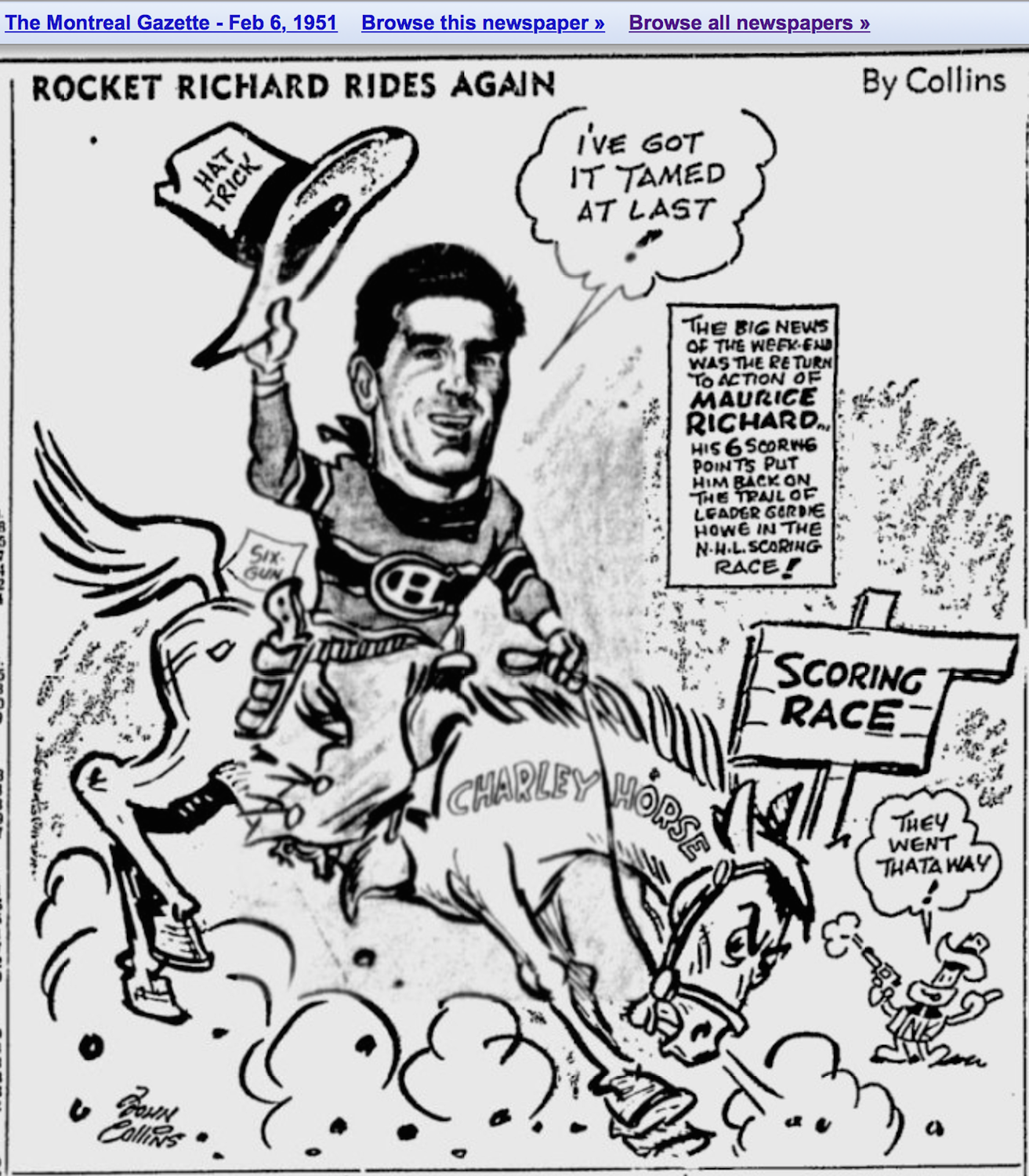