On Monday of this week, the hockey world noted the 54th anniversary of Gordie Howe scoring his 500th career goal. On March 14, 1962, Howe joined Maurice Richard as the only players in NHL history to have then reached this milestone. Richard had retired in 1960 with 544 career goals.

A few weeks earlier, in the January 27, 1962, edition of the Canadian national Weekend Magazine, Andy O’Brien examined the NHL players of the day to determine who might surpass Richard’s record. While noting a couple that might come close, O’Brien believed only Gordie Howe had a chance.

Focusing only on the top nine active scorers at the time, O’Brien extended their career scoring averages out to the age of 38, because that was how old Richard had been at his retirement and “I can’t imagine any all-out star going beyond it.” 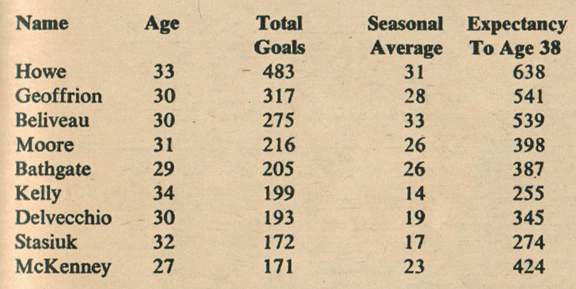 Here are the final NHL totals (and ages at retirement) of the players O’Brien projected:

Only Howe (who had 649 goals through 1966-67 when he was 38), Red Kelly and Alex Delvecchio managed to exceed O’Briens’ projections, and of the 135 skaters active in the NHL during the 1961-62 season, he missed out on only Bobby Hull and John Bucyk (who had just 111 goals by the end of that year) as two who would also surpass Richard one day. Of all the others who’ve flown by the Rocket, only Phil Esposito began his career before NHL expansion – and even he was two years away from making his debut at the time of the article. 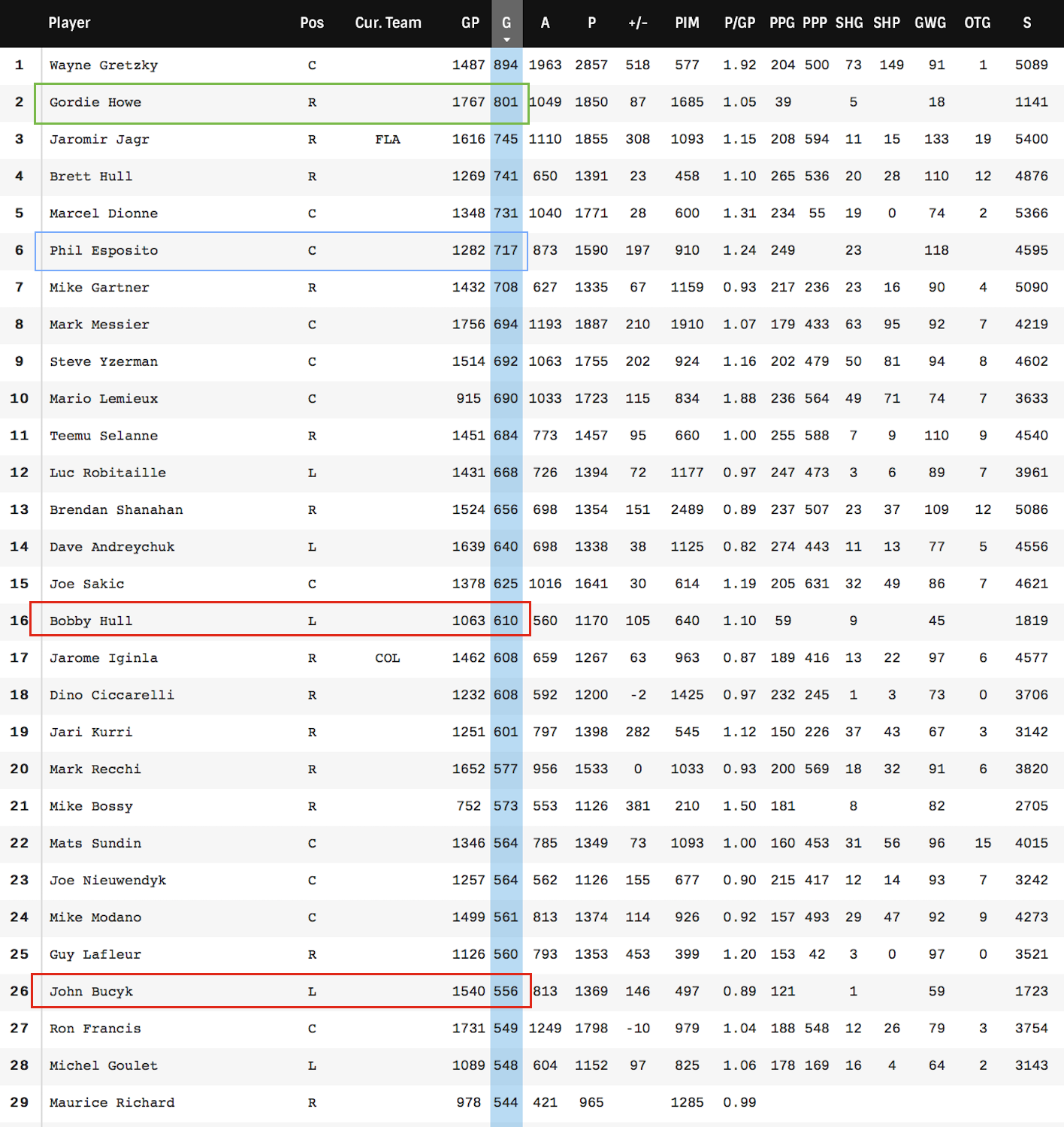 3 thoughts on “Howe About That?”