I like the chances of Team Canada wrapping up the World Cup of Hockey tonight in game two of the best-of-three final against Team Europe. I don’t mean to get ahead of things, but with gold medal wins at three of the last four Winter Olympics, and even at the last two World Championships (where we don’t get to play our best on best), Canadian men, as Wayne Gretzky said the other day, “seem to be getting better and strong.”

“Canada’s been Canada,” Gretzky said of the team’s performance at the World Cup. “We’ve been as good as we’ve ever been. We sell our sport worldwide, the game is getting bigger all the time, each and every year, but we seem to be getting better and better in our own country.”

“Everybody gets nervous and scared, are we losing our game? We’re never going to lose our game. It’s Canada’s game. I am just so impressed by how much depth and how many good players we have in this country.” 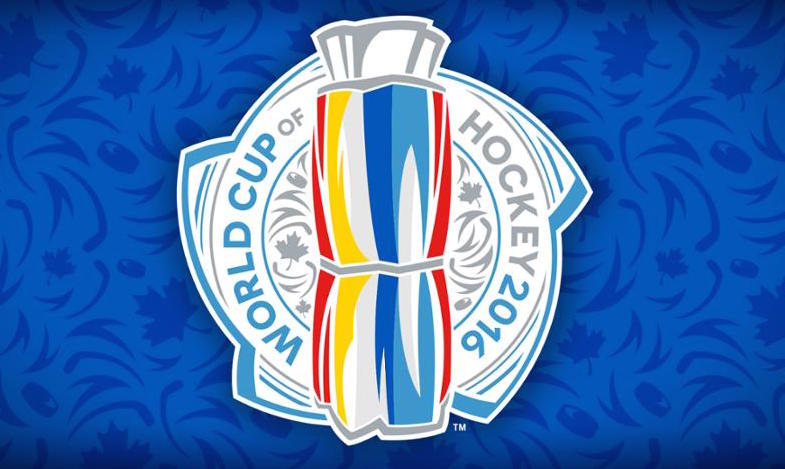 One big advantage we still have over all the other hockey countries – even those with much bigger populations than ours – is that (with the possible exception of Latvia) we’re the only country in the world where the majority of the top athletes want to play hockey. Perhaps the biggest threat to that going forward will be the crazy-high costs of the game forcing more and more of those top athletes to choose less expensive games like basketball and soccer. Global warming probably isn’t going to help either.

In the meantime, while it’s nice to be the best in the world at the sport we care about the most, winning global titles isn’t the only thing that make Canada’s game Canadian. It won’t stop people from worrying about the Americans taking over the NHL. Not when so many decisions coming out on the NHL head office in New York can appear to Canadians to be based solely (soullessly!) on business rather than a love of the game … like when the NHL chooses to place its next expansion team in Las Vegas instead of Quebec City, or when it never seems to consider Hamilton – although that probably has as much to do with the influence of the Toronto Maple Leafs as it does with an unpopular American NHL Commissioner. 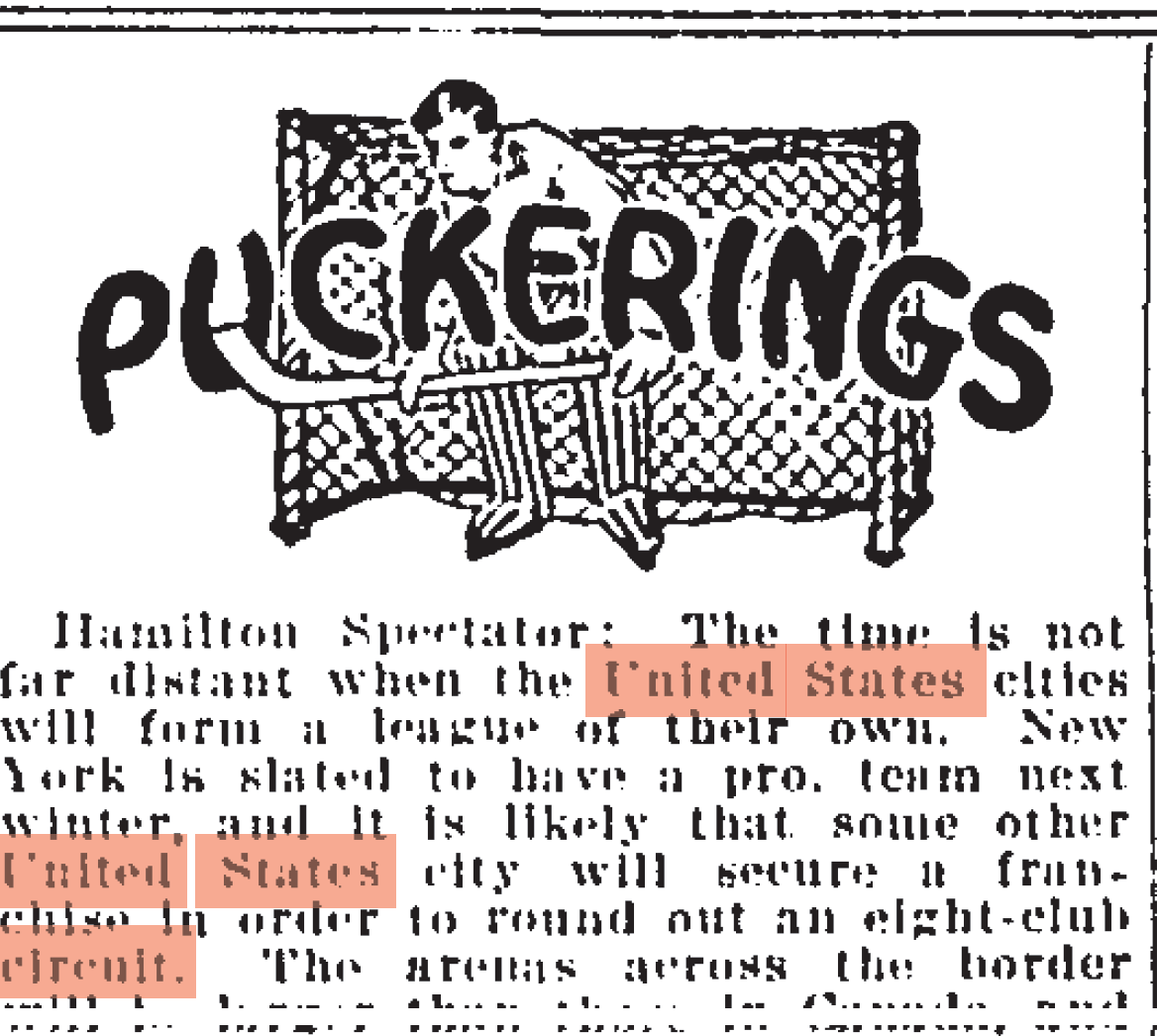 One of the earliest warnings of a U.S. takeover of the NHL came in a Hamilton Spectator
story picked up by Toronto’s Globe newspaper on December 12, 1924.

When Las Vegas comes on board in 2017-18, that’ll make 24 U.S.-based teams to only seven in Canada. And before that, when the spring of 2017 comes around, we’re likely to hear plenty once again about how no Canadian team has won the Stanley Cup since 1993. And remember, not a single one of those seven Canadian teams even reached the playoffs last year! Of course the NHL is big business, but things like this hardly make hockey feel like Canada’s game.

But fear not! With the NHL gearing up to celebrate the 100th anniversary of its 1917 founding, it turns out that worrying about Americans taking over our game dates back almost as long as that. With Boston having just become the first U.S. entry in the NHL, one of the first voices of concern was sounded by the Hamilton Spectator in December of 1924. The newspaper warned that, with more American teams to come, “[t]he arenas across the border will be bigger than those in Canada, and the admission charges will be higher, which means that the United States magnates will be in a position to get the pick of the players.” 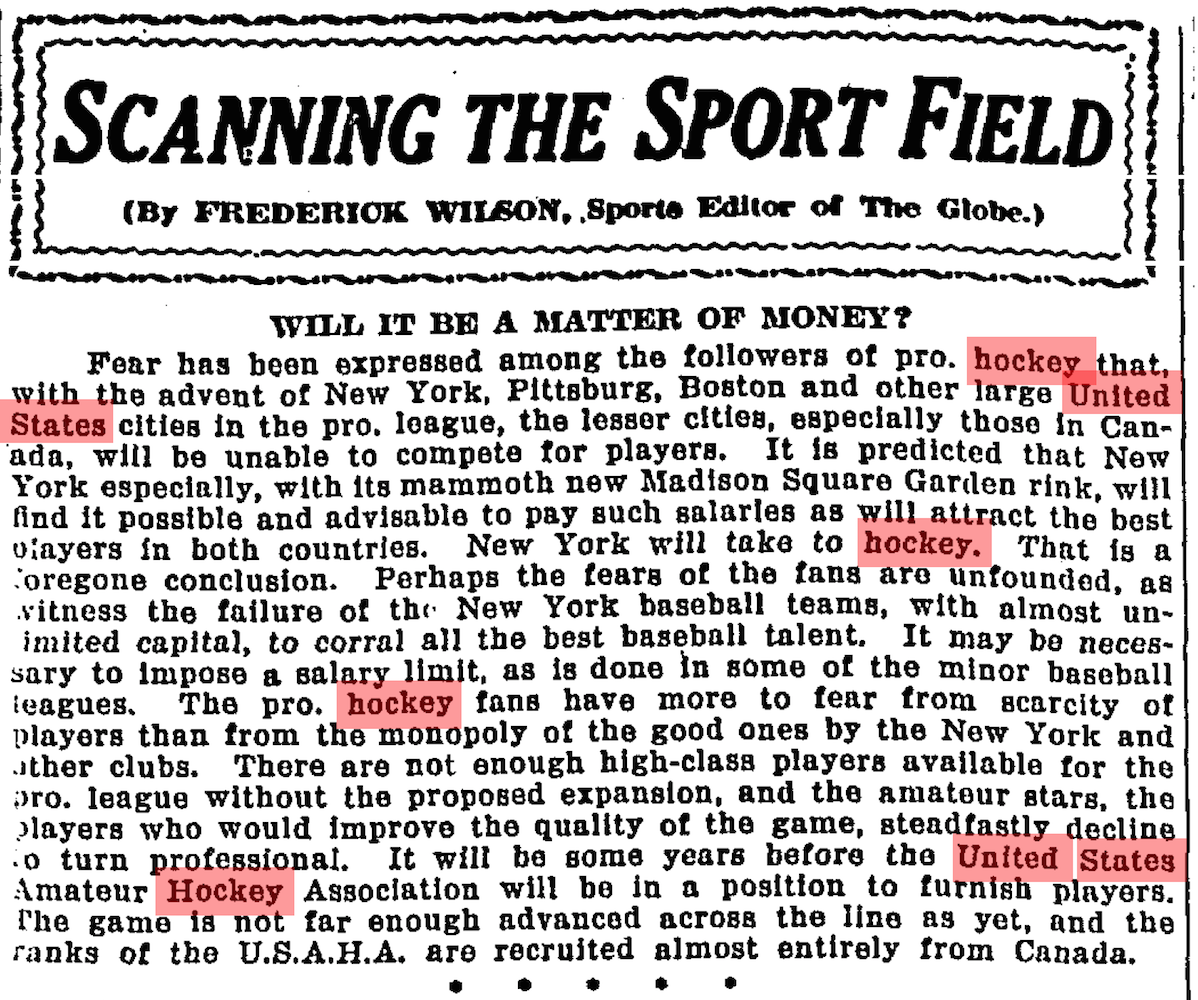 The Globe expressed Canadian fears with stories such as this one on September 26, 1925, although the story notes that it may be a while before the U.S. could produce enough good players. It also warns that a salary cap may be necessary to save Canadian teams.

New York would get its NHL franchise with the admission of the Americans – at the expense of Hamilton losing its Tigers! – in 1925-26, and the NHL would add a team in Pittsburgh that year too. Canadians were definitely starting to worry about a U.S. takeover, and The Globe in Toronto became the lead voice of that fear. On January 22, 1926, Sports Editor Frederick Wilson warned that Canadian cities could become nothing more than an afterthought as the NHL expanded into more and more populous U.S. cities with “their fat bank-rolls.” Canadian teams would be forced to sell out to American owners, leading to predictions of All-American leagues with cities like Toronto, Montreal, Ottawa, and others banding together to become little more than all-Canadian minor leagues. 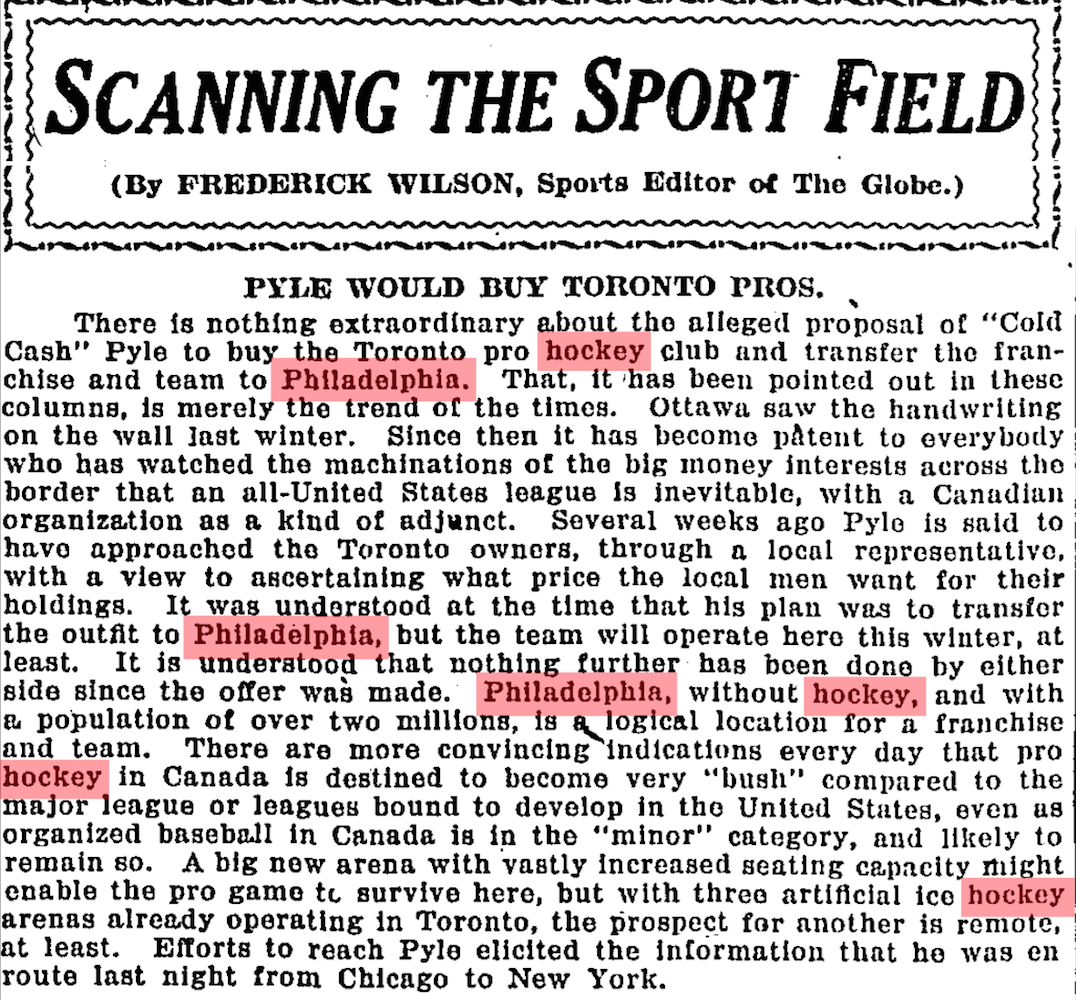 Conn Smythe used stories like this one on November 20, 1926, to convince the owners of the Toronto St. Pats to sell the team to his group. He would rename the team the Maple Leafs.

Fears became even worse when the New York Rangers, Detroit Cougars (later the Red Wings) and Chicago Blackhawks entered the NHL in 1926-27. The NHL was now a 10-team circuit with six of those clubs in the United States. Canada would never again have the majority of NHL teams, yet all these years later, it’s still our game … although it would be nice to see the Stanley Cup paraded through the streets of a Canadian city some time soon!