With expectations high among Toronto hockey fans for the upcoming season, Maple Leafs president Brendan Shanahan and mayor John Tory announced this week that December 19, 2017, will be designated Toronto Maple Leaf Day. The date will mark exactly 100 years since the first games in NHL history, which were played on December 19, 1917.

“Our birthday comes on a Tuesday,” said Shanahan. (The original date in 1917 was a Wednesday.) “It’s a school night. So the decision was made [to play the game] at two in the afternoon.” It would have been nice to have had a more historically significant opponent than the Carolina Hurricanes, but what can you do? Shanahan said the Leafs are encouraging season ticket holders to bring a child with them that day, or to donate their tickets to the MLSE Foundation, which will give them to school-aged fans. Of course, the kids will have to get permission to skip an afternoon of school.

The Leafs will also be wearing special jerseys that night, modelled after the uniforms worn by the Toronto Arenas of old.

My guess would be, this jersey – which the team didn’t actually wear until the second NHL season of 1918-19 – was chosen because it so prominently displays the Arenas name. It’s pretty widely known that Toronto’s team was called the Arenas before it became the St. Patricks and the Maple Leafs … but you can pick a pretty good fight among hockey historians by asking them whether or not the Arenas name was actually used in 1917-18. The team was clearly run that first season by the owners and operators of the Arena Gardens on Mutual Street, but most newspapers referred to them that year as the Torontos, the Blue Shirts, or the Blueshirts. (Sometimes, just the Blues.) These were nicknames the team had been known as throughout the history of the National Hockey Association, forerunner of the NHL. But that’s another story for another day. (Or you can see some of the comments below.)

Still, if anyone had asked me, I’d have argued strongly for a sweater based on the uniform Toronto’s team actually wore during that first season of 1917-18. Yes, it’s a little bit plainer (and was pretty much the same uniform the team had worn for five seasons as the Blue Shirts/Blueshirts in the NHA), but it’s the uniform that was worn on the night of December 19, 1917. It’s the uniform Toronto players were wearing when they won the Stanley Cup at the conclusion of the first NHL season in 1918.

Instead of honouring the first NHL champions, the Leafs are going with a sweater that commemorates, arguably, the worst season in 100 years of Toronto’s NHL history.

The 1917-18 Stanley Cup winners completely fell apart in 1918-19. There were accusations that some team members played while drunk. That may or may not have been true, but the team was playing so poorly that the NHL decided to re-jig the entire schedule midway through just to keep Toronto in the playoff picture in a league that only featured two other teams! Even at that, the Arenas were so awful in 1918-19, and attendance in Toronto so terrible, that ownership suspended operations before the season was over. The team played just 18 games, posting an overall record of 5-13-0 for a “points” percentage of .278 that will probably always be the worst mark in franchise history. It would result in just 45 points in the current 82-game schedule. Toronto returned to the NHL in 1919-20 under new ownership comprising men who had previously run the senior amateur St. Patricks team of the Ontario Hockey Association. Hence the new name. 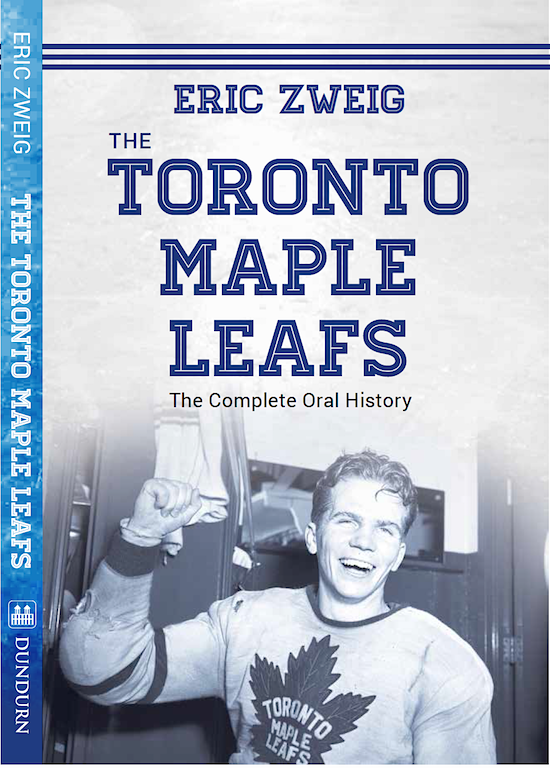 As I mentioned a couple of weeks ago, if you’re already thinking about buying or recommending The Toronto Maple Leafs: The Complete Oral History, please consider pre-ordering a copy at Amazon or Indigo or wherever you like to buy your books. And don’t be shy about ordering any of my other books there either!