On October 11, 1929, hockey fans reading their daily newspaper learned that Cy Denneny had announced his retirement the previous evening. Fans of long-ago hockey history still know Denneny’s name, but it’s not one that’s very familiar anymore. Still, this would have been pretty big news to the fans of the game 88 years ago today. 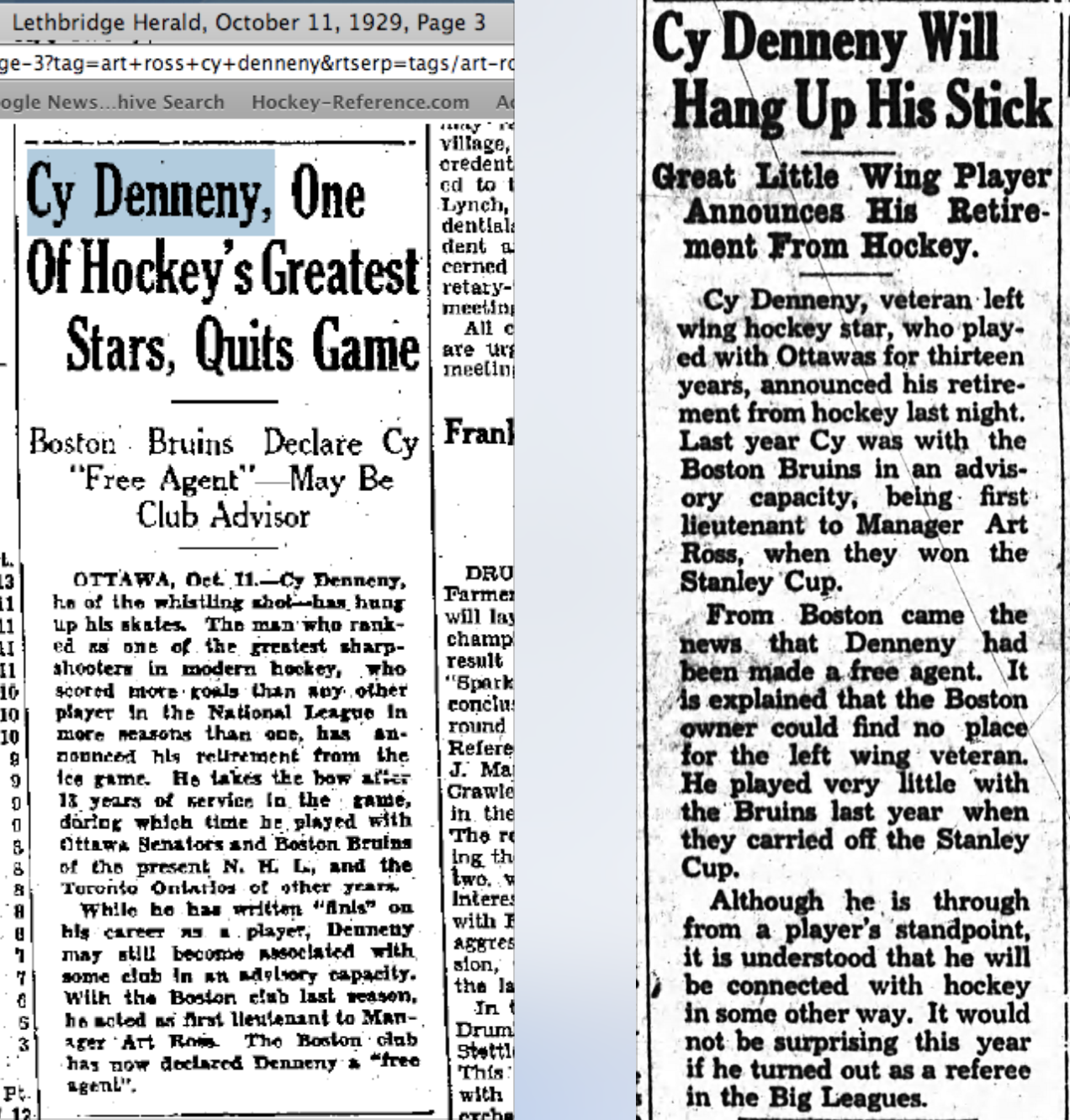 The second clipping here appeared in The Ottawa Journal.

Denneny began his pro career during the 1914-15 season of the National Hockey Association. He joined the Ottawa Senators in 1916-17, and remained with the team when it entered the NHL the following year. He finished up with Boston in 1928-29. Except for the fact that he won the Stanley Cup five times in his career (a pretty big difference!), Cy Denneny was sort of the Marcel Dionne of his day: a star player who was often overshadowed by someone else. Denneny led the NHL in scoring one time (in 1923-24), but finished second on five occasions and third and fourth one time each.

Like Dionne, Denneny didn’t really look like a hockey star. Dionne at 5-foot-9 was definitely small for a player in his day, while Denneny at 5-foot-7 was fairly typical for his time. Both were sort of pudgy, and I’d go so far as to say that photographs of Denneny are one reason why it’s hard for people to believe the calibre of hockey played in the 1910s and 1920s could possibly appeal to the fans of today… 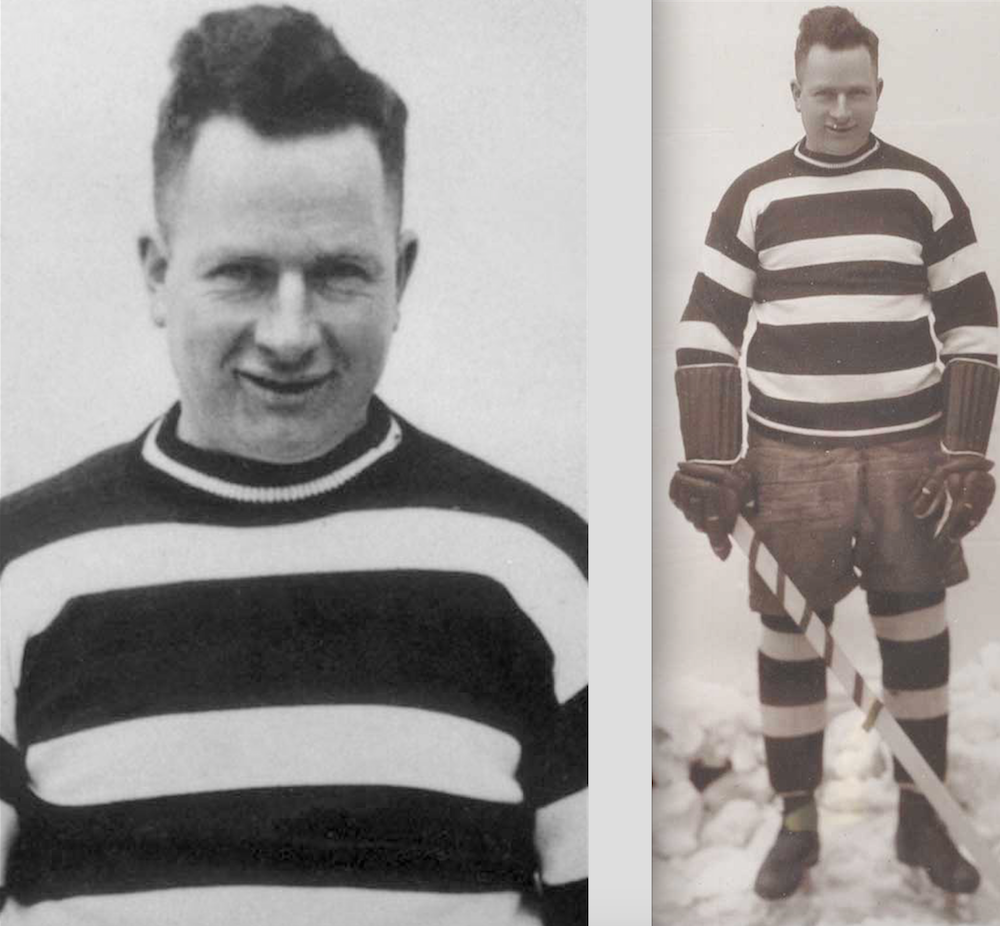 You may be aware that the NHL has recently unveiled revised statistics put together during a six-year project to digitize old game sheets. This made news recently when it was announced that, among 6,000 bits of corrected information, Maurice Richard had now gained an extra assist among his career scoring totals.

When Cy Denneny retired in 1929, he did so as the NHL’s all-time leader in goals and points. But Denneny’s totals have also been revised. Instead of playing in 328 games over his 12 years in the league, he’s now credited with 329 games. However, he’s been downgraded to 247 goals instead of 248 … although he’s gained four assists, from 85 to 89, and now has 336 points instead of 333. (If you scroll down a bit when you get there, attempts to compare the numbers from his era to more modern stars put Denneny in some pretty good company.)

Cy Denneny, who was one of the first players to experiment with curving the blade of his stick, was elected to the Hockey Hall of Fame in 1959. A few months later he gave an interview to Tom Mitchell of The Canadian Press in which he compared the hockey of his time to the game as it was played in 1960. He thought the then current game was much more dangerous.

“Today it’s the same as a crash between two high-powered cars when these boys meet,” said Dennney. “One or another has got to give.” Still, Denneny made it abundantly clear that the game was plenty rough in his time too. “You had to watch your head,” he said, “or it wouldn’t stay on very long.”

Many hockey players in Denneny’s time were lacrosse players too, and they tended to carry their sticks high. “One of the best lacrosse checks was to slam your stick down hard on the other fellow’s and try to jar the ball loose. The boys carried this into hockey and sometimes sticks came down on an arm.”

It wasn’t just his arms that took a beating. Denneny recalled that his hips were “black and blue after every game” and admitted that at the age of 68, he had a touch of arthritis in his left hip and leg and walked with a cane. He passed away at the age of 78 on September 10, 1970.