Well, after 108 years of waiting, Cubs fans couldn’t have asked for a much nicer day for a parade last Friday. They say there was a total of 5 million people who lined the streets or were on hand for the “Cub-stock” rally at Grant Park. 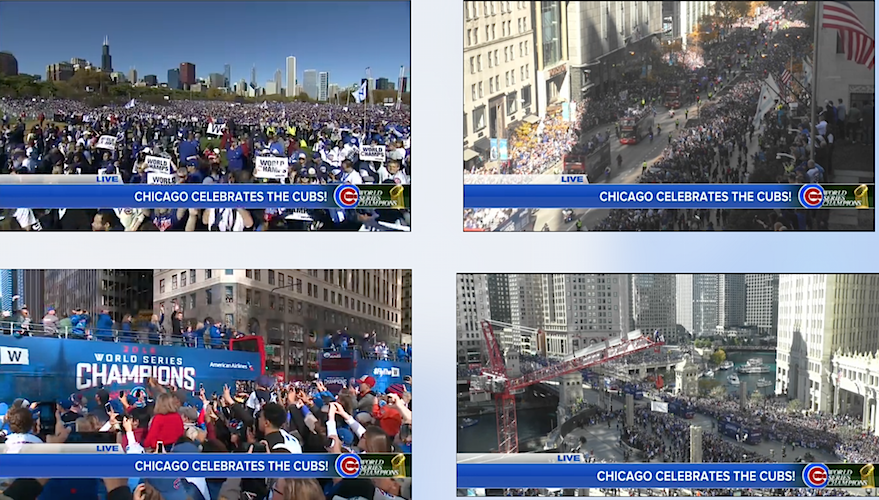 According to Major League Baseball’s web site, it was the seventh-largest gathering of human beings in world history… and the largest ever in the Western Hemisphere.

Since the parade, Cubs players have been to Disney World, appeared on Saturday Night Live, and taken the World Series Trophy to a Blackhawks game. None of them, however, have attempted to duplicate the old Blackhawks’ celebratory feat of rolling a star player through the downtown business area in a wheelbarrow. 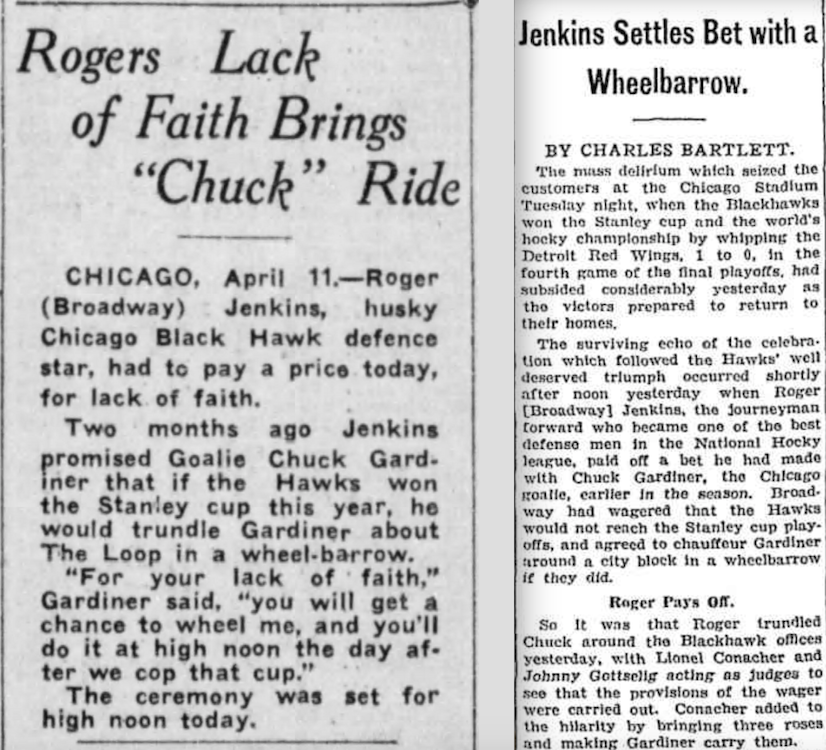 Not only did Roger Jenkins do this with goalie Chuck Gardiner in 1934, 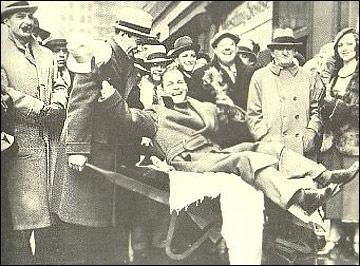 But it seems that this odd wheelbarrow tradition dates back nearly as far as the Cubs’ last World Series win in 1908, as it may well have begun with hockey’s Quebec Bulldogs in 1912 – a story that appears in a couple of my children’s books and which I often tell when I’m visiting classrooms. 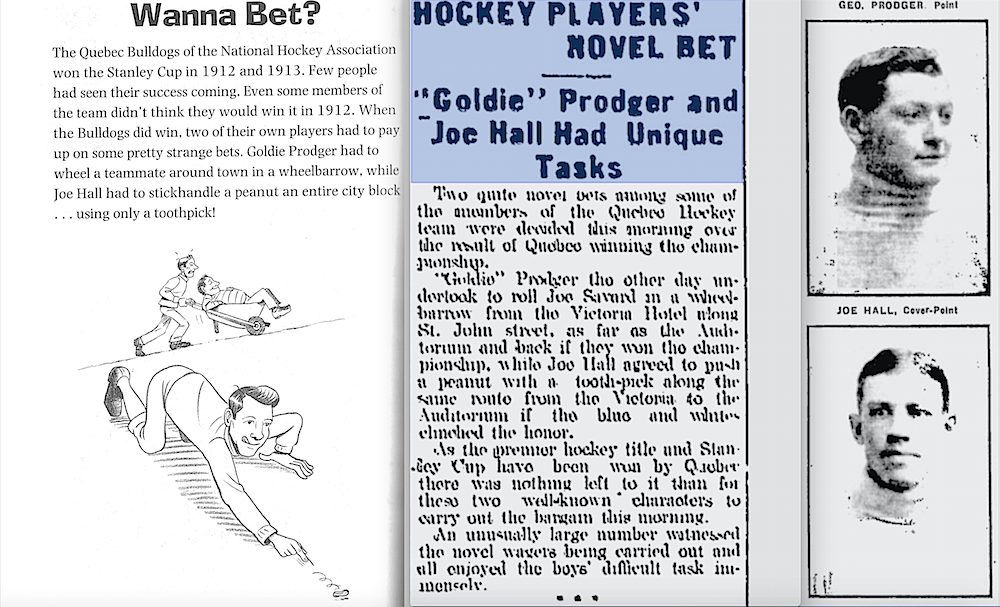 7 thoughts on “I Love A Parade”