With the Leafs back in the playoffs tonight, let’s dream big! Would a Stanley Cup parade in Toronto rival the scenes from the World Series parade for the Cubs in Chicago last fall? Quite likely. But whatever happens (and whenever it happens), it’s certainly bound to outdo the show the city put on at its first Stanley Cup civic reception 95 years ago.

It appears that there was no public display in the city when Toronto won the Stanley Cup as a member of the National Hockey Association in 1914, nor at the end of the inaugural National Hockey League season back in 1917–18. Things were different when the Toronto St. Pats won the Cup in 1922 by defeating the Vancouver Millionaires in the final game of their best-of-five series. 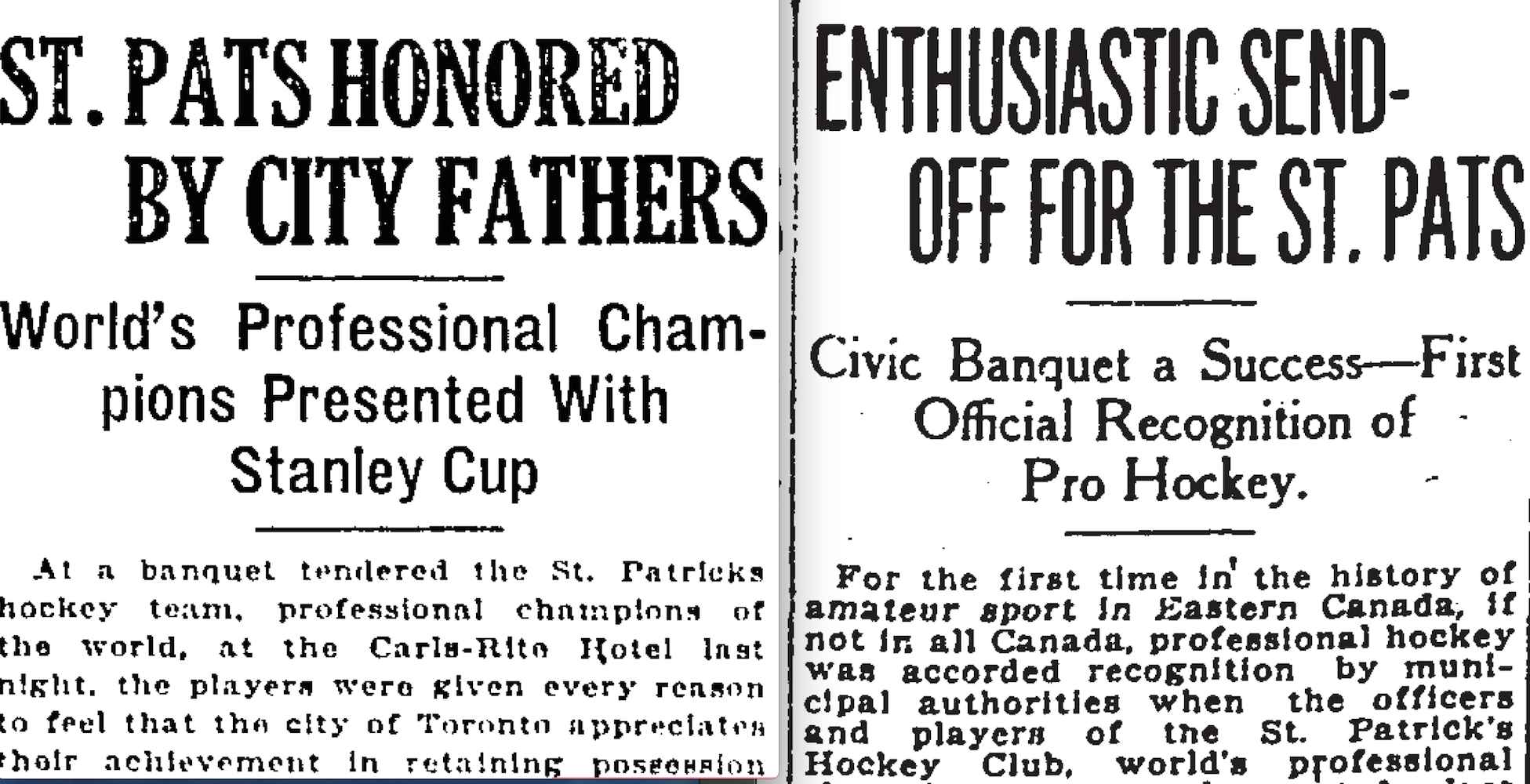 “Mayor Alf Maguire was as tickled as a schoolboy when the St. Pats won the Stanley Cup last night,” reported the Toronto Daily Star on March 29. “Right away he arranged a banquet for the boys which will take place at the Carls-Rite tonight at 6:30.”

Given that footage exists of a Stanley Cup parade in Ottawa when the Senators returned triumphant from Vancouver in 1921 (unless that’s actually 1923), it seems unlikely that this event in Toronto was the first of its kind for a professional sports team in Eastern Canada as the Star reported … although it was likely a first for pro sports in the city. The evening seems to have been a fairly tame one. None of the accounts I’ve seen mention how many people were there, nor what kind of food or drink was served. For sure there were a lot of politicians and team executives present, and a lot of speeches were made. 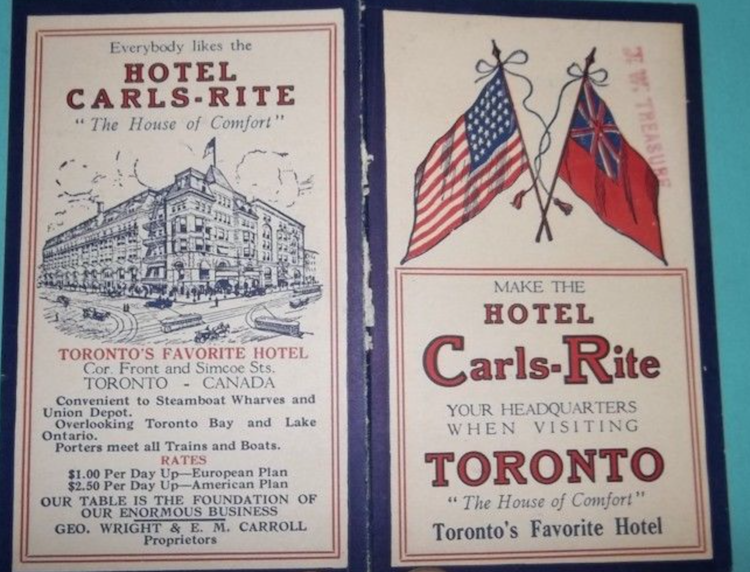 The site of the Hotel Carls-Rite is currently a parking lot not too far
from the Maple Leafs’ current home at the Air Canada Centre.

Mayor Maguire led the festivities, making a speech in which he lauded the St. Pats for the attention they had brought to the city through their fair play and skill. He asked that the players “continue through the summer the clean living which has characterized their winter’s work.”

Coach George O’Donoghue and manager Charlie Querrie replied on behalf of the players, who received their winner’s checks from the Stanley Cup series prior to the dinner (no mention of the amount, but likely a few hundred dollars each) and were presented with silver-mounted rabbits’ feet by a fan known as  Oh Boy Saunders, the Human Fly, (more on that if I ever find it!) afterwards.

The highlight of the evening came when Mayor Maguire presented the Stanley Cup to team president Fred Hambly after NHL President Frank Calder had presented the O’Brien Cup – aka the O’Brien Trophy, symbolic of the NHL championship at the time – to St. Pats captain Reg Noble. 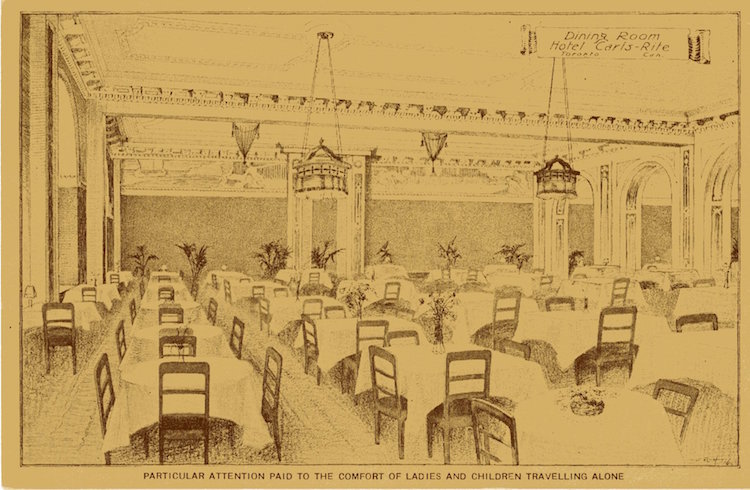 This dining room was likely the site for Toronto’s 1922 Stanley Cup banquet.

“This cup was lost for some time,” said Calder, “and when I dug it up it was being used as a watering trough for a bulldog. May you and your team show the proverbial tenacity of the bulldog who drank out of it, in defending it.”

“We will do our best to keep it here,” replied the captain.

But it would be 10 years before the next NHL championship came to Toronto.

I don’t suppose anyone needs reminding that this year marks 50 since the last one!